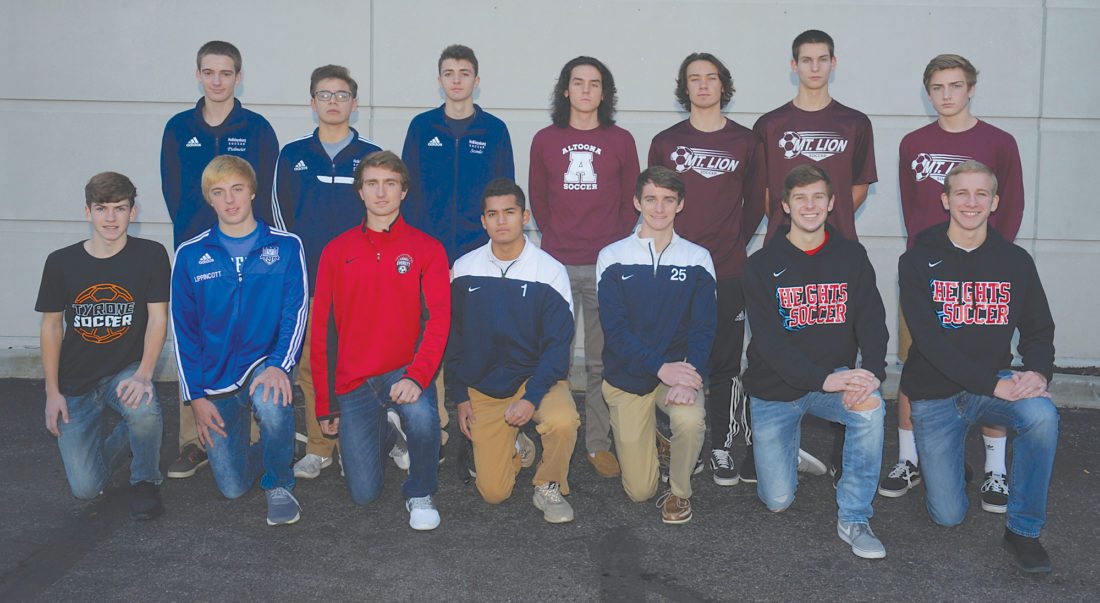 Dominic Daily, sr., forward, Hollidaysburg: Had 16 goals and nine assists for the two-time District 6 3A champions

Alex Diamond, sr. forward, Cambria Heights: Had 11 goals and 10 assists, both team-highs, for the 12-7 Highlanders

Bailey Foor, sr., striker, Everett: Finished the season with 47 goals and 15 assists … For his career, had 127 goals and 43 assists … Led Warriors to a District 6 Class 2A runner-up finish

Brady Freiwald, soph., goalkeeper, Altoona: Had a 4 hours and 4 minutes scoreless streak … Posted 11 shutouts with a 0.73 goals-against average … Made 138 saves and gave up just 14 goals for the District 6 4A champs

Wes Lippincott, jr., midfielder, Bedford: Helped the Bisons go 10-7-1 during the regular season and 1-1 in the District 6 2A playoffs

Selvin Maykovich, jr., midfielder, Bishop Carroll: Two-time Mirror first-team all-star … Scored 13 goals from the field and had 12 assists … Had 20 goals and six assists as a sophomore

Connor Pielmeier, sr., midfielder, Hollidaysburg: Two-time Mirror first-team all-star … Finished with 15 goals and seven assists for the two-time District 6 3A champions … Had eight goals and eight assists as a junior

Lucas Scordo, sr., midfielder, Hollidaysburg: Two-time Mirror first-team all-star … Had 10 goals and six assists for the two-time District 6 3A champions … Had seven goals and seven assists as a junior

WASHINGTON — Facing another deficit and the prospect of their losing streak dragging on, Capitals players ...

LORETTO — For the first 15 minutes of the opening half, Saint Francis and LIU battled back and forth with neither ...