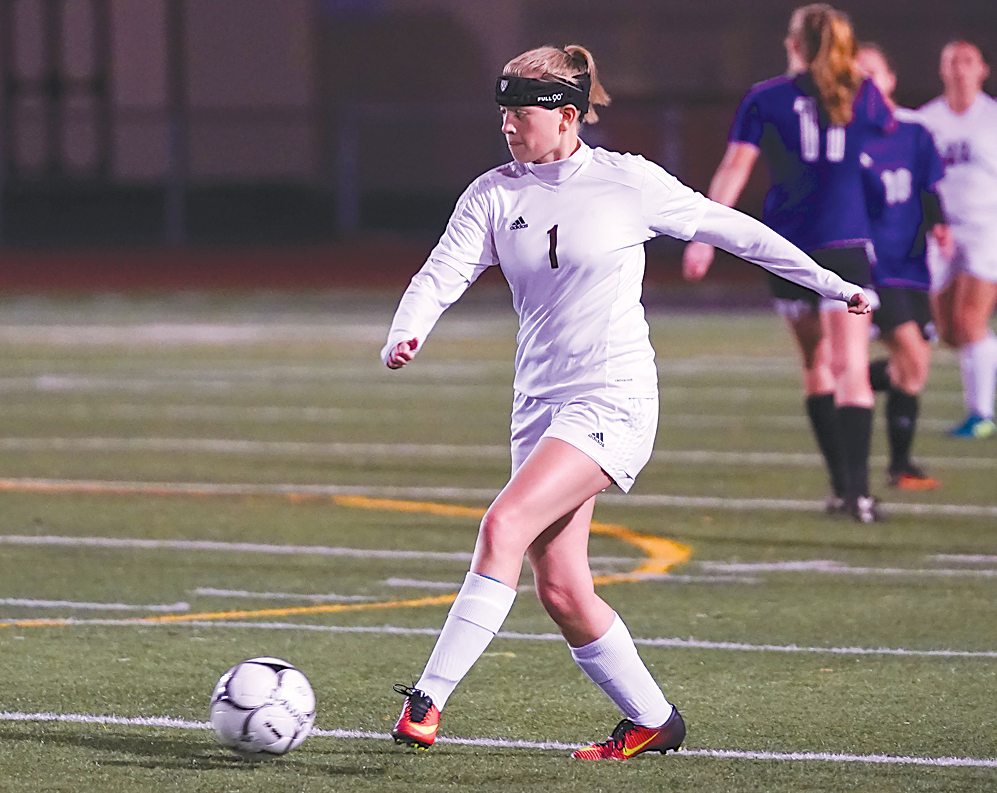 The Lady Lions broke through just in time, finding the back of the net more than enough times for a 5-2 win over Mifflin County Wednesday at Mansion Park in the first round of the District 6 Class 4A playoffs.

“If the soccer wasn’t good, I wouldn’t have been as frustrated as I was, but the soccer was great,” Altoona coach Derek Winterburn said. “The possession was great, the runs were great. Everything was great, we just couldn’t finish.”

Altoona (10-9) got a pair of goals off the bench from senior Julia Sunderland and one each from freshmen Darrian Berkheimer, Sarah Graham and Cassie Kyle. Kaitlyn Aveni assisted on two of the tallies.

“With them being so young, I think it started to get in their head, thinking we can’t score. Then they’re putting more pressure on themselves, which makes it harder,” Winterburn said. “I told them once we get a lead in a game that will go away and the monkey will come off your back.”

Playing in the Mid-Penn Conference, Mifflin County won just three games in the regular season. One of those wins, however, came at Altoona’s expense late last month.

“I watched the game film from the first time we played them. We just didn’t finish. That was basically the story. We had close to 30 shots. Only scored one goal,” Winterburn said. “I don’t know if it’s because we have a young team or it’s a long, grueling season. For a while there, we were in a funk. We just couldn’t finish. We finally broke out of that.”

“That was a point in the season we were trying to figure out how to play with each other. We’ve really learned how to play together since then and play with a lot more effort,” Kyle said.

Altoona fell behind 1-0 early off a turnover in its own end. Jessica Birkhart got behind the backline and went upstairs to beat keeper Julia Lane six minutes into the game.

Four minutes later, Birkhart was behind the defense again, but Lane stopped the senior forward this time to keep it a one-goal game.

“As soon as I see it get past the defense, I’m trying to figure out what I need to do to keep the ball out of the net and react. Not really thinking too much,” Lane said. “It’s a little harder when they’re in closer because you have to react quicker, but it’s always different.”

“That save is exactly where the momentum changed. They brought it down on us after that, and we didn’t have an answer,” Mifflin County coach Jeremy Herwig said. “It’s a matter of being able to play a solid 80 minutes. We’ve struggled all year to do that.”

Altoona tied the game five minutes later on Berkheimer’s goal off a centering pass from Aveni and took the lead with 58 seconds left in the first half on Kyle’s goal.

Keeper Allyssa Schnell saved Graham’s initial shot, but the rebound came right to Kyle in front of an open net.

“Sarah Graham hit it, the goalie hit it, and it went off my knee. It was a pretty important goal at that point. We could go into the second half knowing that we have a chance at winning. It motivated us to keep going,” Kyle said.

Altoona’s momentum continued to grow when Sunderland scored 1:51 into the second half.

The Lady Lions added two more goals to take a commanding 5-1 lead with 22:28 left in the game.

“I said, ‘Coming out of halftime, they’re going to go at you super, super hard. Just be ready for it. You get the first goal. You’ll gain control and the goals will keep coming and coming,”’ Winterburn said.