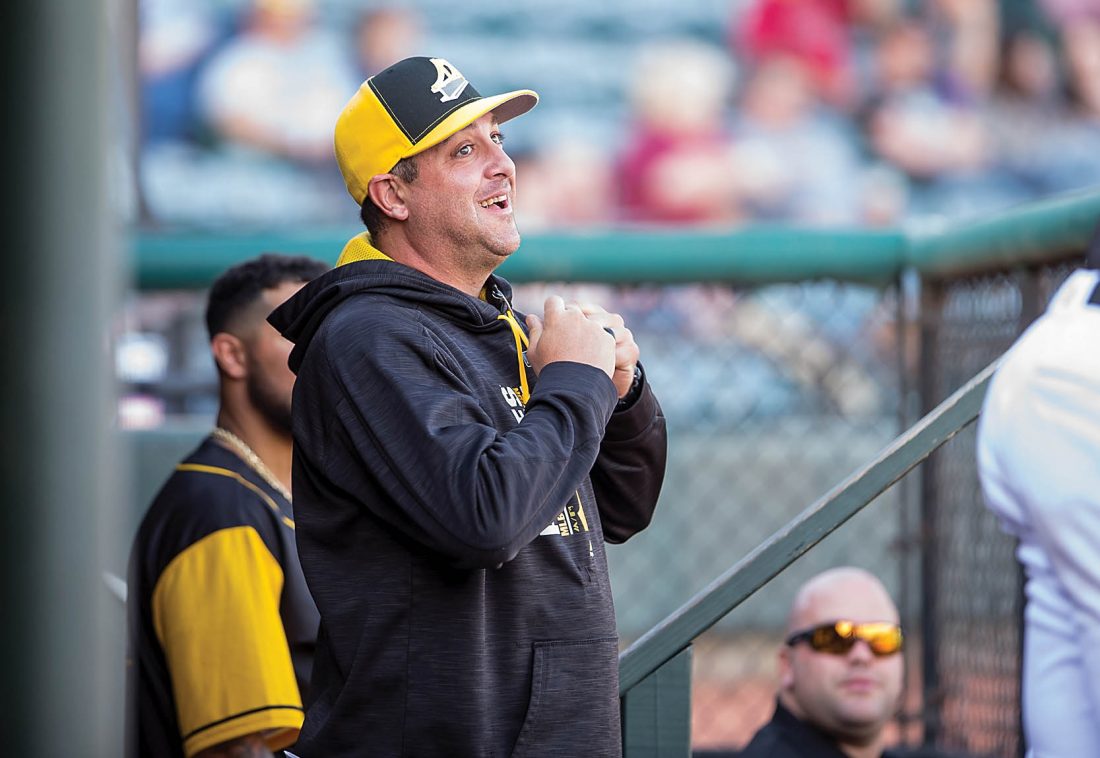 Curve manager Michael Ryan could have died eight days ago, had he waited just a little bit longer to go to the hospital.

“The doctor told me that if I would have waited another hour to go, I could have died,” Ryan said Monday night, following his first game back with the team after missing a week.

Ryan had a major health scare, in large part because he was trying to be a tough guy and didn’t want to go to the doctor.

How many of us can relate to that type of thinking?

“Honestly, I didn’t realize how stupid I was,” Ryan admitted.

It all started on Thursday, July 25, when Ryan noticed what he called a small ingrown hair or boil on his left leg. He didn’t know what it was, and like many people, didn’t say anything about it to anyone for a few days. Not even to his wife, who’s a trauma nurse.

“I went home Sunday and got very sick,” he said. “I had a temperature and hardly could sleep, I was freezing. I finally fell asleep at like 3, and when I woke up my leg was about the size of a softball.

“My wife being a trauma nurse, she’s like, ‘You’ve got to get to the ER.’ So I went to the ER, and what happened was my leg got infected, and that went into my blood. So my stats dropped, my blood pressure dropped, my white blood was seriously high.”

Ryan’s leg had become a big problem. But that wasn’t the doctors’ most pressing concern when he first went to Forbes Hospital in Pittsburgh.

His overall health was in bad shape because of the infection, and he had a temperature of 104.

“The doctor had said that if I was older I wouldn’t have made it,” the 42-year-old said. “If I was in my 70s or 80s, I never would have made it to the hospital just by laying in the bed. I probably wouldn’t have woke up.”

Fortunately, Ryan did get to the hospital in time early last Monday morning, and the doctors knew exactly what to do. He had developed cellulitis in his leg, a common but serious bacteria infection in the skin.

Ryan, who said he had never had a health scare in his life, wound up being in the hospital for three days and missed the Curve’s entire week-long road trip to Trenton and Reading.

Going through the experience made Ryan realize something.

“I should have said something,” he said, referring to failing to tell anyone about the original health issue. “I take pride in trying to be a tough guy. It was stupid.”

Ryan has two sons, 10-year-old Brennan and 8-year-old Blake. When you deal with a health scare, a lot of things come into perspective with regards to your family.

The hard truth of the matter is, baseball — and all sports, really — create the kind of machismo mentality where guys are supposed to act tough all the time, show up to work every day and not share their problems with other people.

That’s just how the sport is — an everyday grind.

“That’s exactly what was in my mind was I stress to these (players) that they have to show up every day and have to be a professional, and that’s part of what they’re here for,” Ryan said.

“A lot of things were put into perspective,” he added. “The game’s going to go on without you, regardless.”

Michael Ryan is correct. He was stupid for how he handled the situation. (I also think the world of Michael as a person, by the way, so I say that with nothing but respect for the man.)

He has more tests with the doctors today, and as long as everything checks out, there shouldn’t be any lingering effects from his ordeal.

There was, however, a lesson learned. A lesson all of us should think about when we have a health scare.

“Any time you have something bothering you, I think you should say something and take care of yourself,” Ryan said. “Next time I’ll say something.”