READING — The Curve put together an impressive comeback in the ninth inning Sunday, but when things are going bad, sometimes it seems like nothing can right the ship.

Trailing by two entering the ninth, Altoona scored four times to take a two-run lead. But Reading scored twice in its half of the ninth to force extra innings.

The Curve scored once in their half of the 10th and again were in position to pick up a win. But the Fightin Phils needed just two pitches in their final at-bat to end those hopes.

An RBI single by Mickey Moniak tied the game, and on the next pitch, Alex Bohm blasted a walk-off two-run homer to give Reading a 9-7 win at FirstEnergy Stadium.

The Curve were swept in the three-game series and continue their late-season freefall. The club has lost six of seven and 12 out of 15 since July 23, and it now is two games under .500 for the season.

Down 4-2 in the ninth, Jason Delay pulled the Curve even with a two-run homer. Jared Oliva later ripped a two-run double to put the visitors on top, 6-4.

Reading got to reliever Blake Cederlind for two runs in the bottom of the ninth to tie. Arquimedes Gamboa doubled home the first run and scored on a double by Henri Lartigue to force extra innings.

Joel Cesar (2-4) took the loss in relief for Altoona, while Garrett Cleavinger (3-0) won for Reading. Curve starter Domingo Robles allowed four runs on five hits in five innings but got a no-decision thanks to the late comeback by his offense.

Key play: 1B Alec Bohm’s two-run homer in the 10th won it for the Fightin Phils. 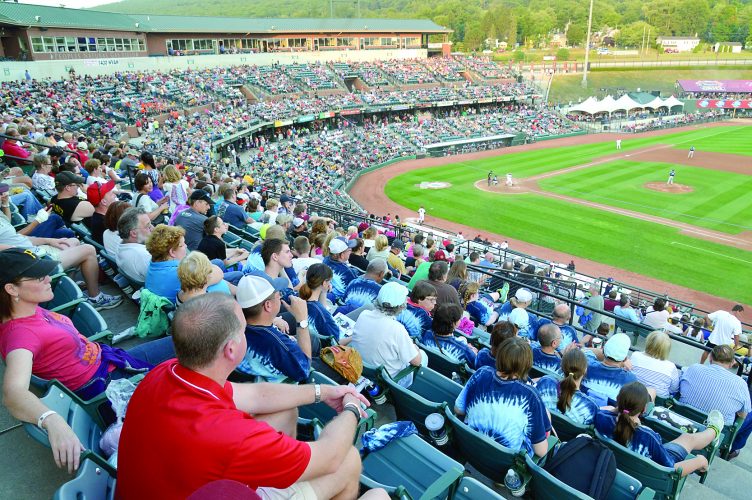