Glendinning getting it done 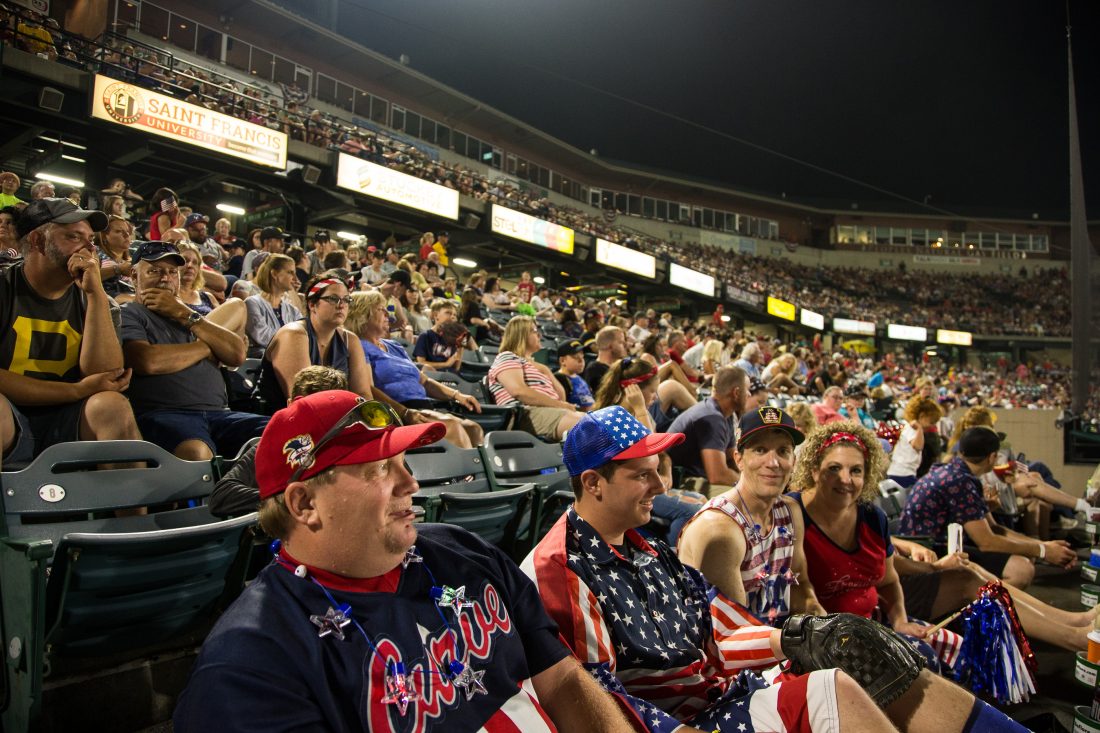 At this point, we should come to expect this from Robbie Glendinning.

The hot-hitting Curve infielder has been on a tear with runners in scoring position in his second stint with the club, and continued to do exactly that against the Erie Seawolves on Thursday night.

With his team trailing, 5-4, and two runners in scoring position in the bottom of the 10th inning, Glendinning ripped a ball over the leftfielder’s head, scoring Jared Oliva and sending the nearly 9,000 fans in attendance home happy with a 6-5, walk-off win.

“I was really just trying to have a good at-bat,” Glendinning said. “When Jared (Oliva) stole second (base), it made things a lot easier. He kinda hung me a changeup and I put a good swing on it and that was that.”

Glendinning has now played 35 games with the Curve in his second, more permanent, stay with the team this season. All he’s done is produce in a key spot in the Altoona lineup, especially with runners in scoring position.

In 35 Double-A at-bats with runners in scoring position this season, the Australia native is batting .457 with an OPS over 1.200.

“Absurd,” Curve manager Michael Ryan said of Glendinning’s clutch factor as of late. “It seems like the mindset changes. (He’s) almost locked more into that at-bat than he is the rest of the game. Those type of guys that come up clutch and slow things down, it’s such a special gift.”

But the way Glendinning sees it, a simple adjust to his approach with runners on has made all the difference.

“To be honest, early in the year I really struggled with runners in scoring position,” Glendinning said. “I just had to change my mindset to the fact that the pressure’s on the pitcher and just really just focus on getting a good pitch to hit.”

Glendinning’s numbers at high-A Bradenton back that up.

In 38 at-bats with runners in scoring position at that level, he hit just .211 and wasn’t able to drive in many runs.

But even though Glendinning was ultimately the hero, delivering the game-winning hit, that inning doesn’t happen with the two guys in front of him moving the line along.

Chris Sharpe and Jared Oliva continued to settle in to their respective spots in the batting order, second and third, combining for five hits, four runs scored and three RBIs in the game.

“It took us a while to figure some things out with the lineup,” Ryan said. “We shook it up a couple times to try and get the right combination. That first five is really good right now.”

That first five — Mitchell Tolman, Sharpe, Oliva, Glendinning and Bligh Madrisn — has been impressive to watch lately. All five of them had at least one hit in Thursday’s game and they’ve been a huge reason why the team has been able to remain successful, despite losing their team MVP in Hunter Owen to Triple-A a few weeks ago.

Thursday night’s win could be the start of a key series for the Curve in this second half of the season.

They’re now three games behind Erie in the standings and will have a chance to catch them in the race for the second half division title with a sweep this weekend.

“Really big, especially at home,” Oliva said of what could prove to be a vital win.” We had a good road series over in Akron. No doubt [Erie] has a really competitive pitching staff, but I like our offense. I like the way our lineup is working. It’s going to be fun.”

Key player: Jared Oliva went 3-for-5 with a pair of runs scored, including the game-winner on Robbie Glendinning’s walk-off.

Key stat: Glendinning is batting an incredible .457 with runners in scoring position with the Curve this season.

Bottom 10th: Ngoepe started inning on second base, scored on Sharpe’s single. Oiva singled, both he and Sharpe scored on Glendinning’s walk-off double (6-5).

LEADING OFF: The Curve are now a season-high seven games over .500 with Thursday night’s win.

SAFE AT FIRST: Starting pitcher Sean Brady provided another solid outing for the Curve, going seven innings and allowing just two runs on six hits. Outside of the two-run home run he allowed in the top of the first inning, he was effective and left the game with his team in the lead for just the second time in his last six starts.

STEALING SECOND: Manager Michael Ryan said postgame that the team’s bullpen was “pretty thin” on Thursday night and almost used infielder Alfredo Reyes on the mound in the 10th inning. Reyes warmed up in the bullpen for a few minutes while Austin Coley worked out of a jam.

ROUNDING THIRD: Altoona closer Matt Eckelman wasn’t available out of the bullpen tonight as he earned the save in Akron last night and has pitched on three of the last four days. But fellow reliever Blake Cederlind made sure the ninth inning remained a positive one for the Curve. He threw a 1-2-3 top of the ninth and struck out two batters in the process, utilizing his high-90s fastball that has overpowered Eastern League hitters this season.

HEADING HOME: The Curve lineup will get another important piece back tomorrow as it was announced on Thursday that slugger Logan Hill is returning to Altoona from Triple-A Indianapolis this weekend.