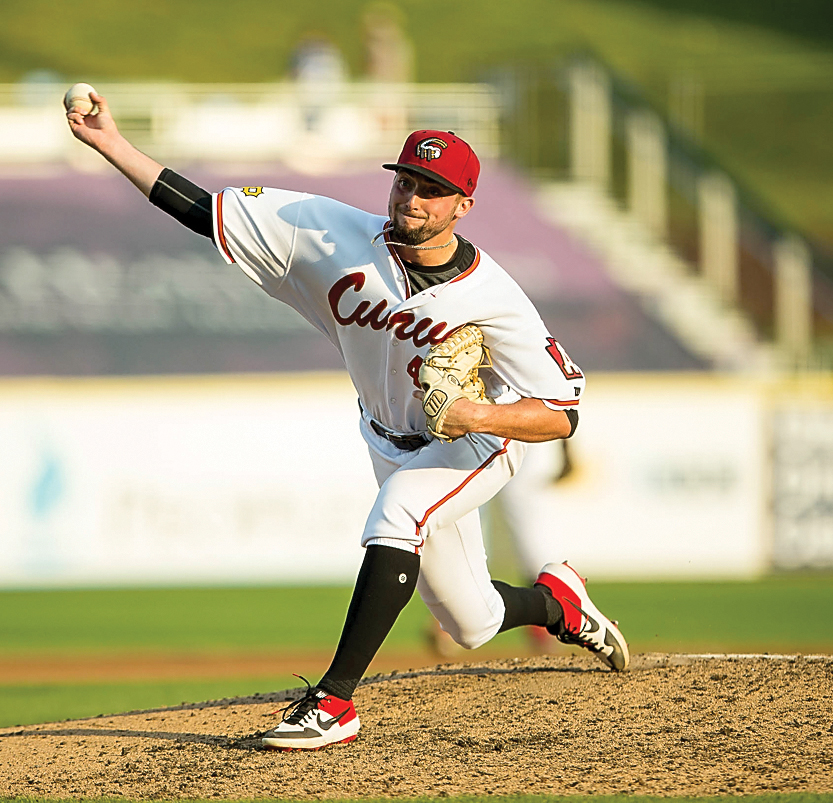 It was up in the air whether the streak would end Sunday, but after six games, the Curve’s winless skid is over.

The game began with a walk issued to Richmond center fielder Bryce Johnson. He stole second base and scored off a single from shortstop Peter Maris, quickly making it a 1-0 game in favor of Richmond in the bottom of the first inning.

But Curve starting pitcher Cody Bolton did not waver and kept the next three balls in the infield for three outs.

The Curve came up to bat in the bottom of the inning and gave Richmond a taste of their own medicine. Curve second baseman Mitchell Tolman started the inning by forcing a full count and doubling to left field off Richmond starting pitcher Logan Webb. The next batter, Curve outfielder Chris Sharpe, drove in Tolman on a single.

“Countering that first-inning run was big time for us. We have given the other team too many early leads over the last seven games,” Ryan said. “To be able to answer was big, and guys didn’t fold. They got right back into the game which caused some momentum for us.”

It was not only offense that carried the Curve to victory Sunday. The Curve’s .939 fielding percentage, 63 errors and 99 double plays all rank third in Double-A. Still, one of the best defensive units in the minors has committed nine errors in its last 12 games. Ryan said the recent defensive struggle is something that has been addressed.

“We try to be extraordinary at the ordinary and make the routine play, and we haven’t been doing that,” Ryan said. “The errors cause our pitchers to throw extra pitches and it can be scary.”

Despite the lack of defense recently, the Curve flashed some leather Sunday and gave Bolton the confidence he needed to secure the win, Ryan said.

Bolton, who went into Sunday without a Double-A win, went six strong innings, giving up one earned run on three hits and three walks. The starter also had eight strikeouts.

“It has been five starts without a win, so it was pretty exciting to get my first. The guys definitely had my back tonight,” Bolton said. “I am going to stick with the confidence I gained from this game and trust my team will continue to have my back.”

Bolton was relieved when Bralin Jackson came in to pinch hit for him in the bottom of the sixth. Jackson singled to left field, allowing right fielder Bligh Madris to score from second base, giving the Curve a two-run lead.

“Jackson’s pinch hit was timely. It gave us a two-run cushion instead of a one-run lead,” Ryan said. “He is taking advantage of his situation, watching the game and preparing for at-bats like the one in the sixth inning. He came through for us tonight.”

The Curve will head into an off day Monday, giving the team some timely rest. Altoona will also be bolstered with some fresh bodies, as prospect Oneil Cruz will be joining the team Tuesday in Trenton.

“Throughout the season, off days come at the wrong time and at the right time. This day off is coming at the right time just based off of how we played during this homestand,” Ryan said. “We have some tired bodies. We are going to use this off day to our advantage and come back refreshed.”

The Curve’s next game, which was suspended on May 30, will be played at 5 p.m. Tuesday at Trenton. The game will begin in the third inning with the Curve holding a 6-0 lead. Although the team will begin with a comfortable lead, Ryan said the team still has to come out and execute.

“We still got a job to do to finish the game off and try to carry some momentum into the next game,” Ryan said. “This upcoming road trip is huge for us to get back into this thing.”

Sunday’s game also ended a stretch of 19 games in 18 days.

Key stat: With the win Sunday, the Curve stopped Richmond from matching a season-high winning streak of four games. It also brings their six-game losing streak to an end.