Thrown off their game 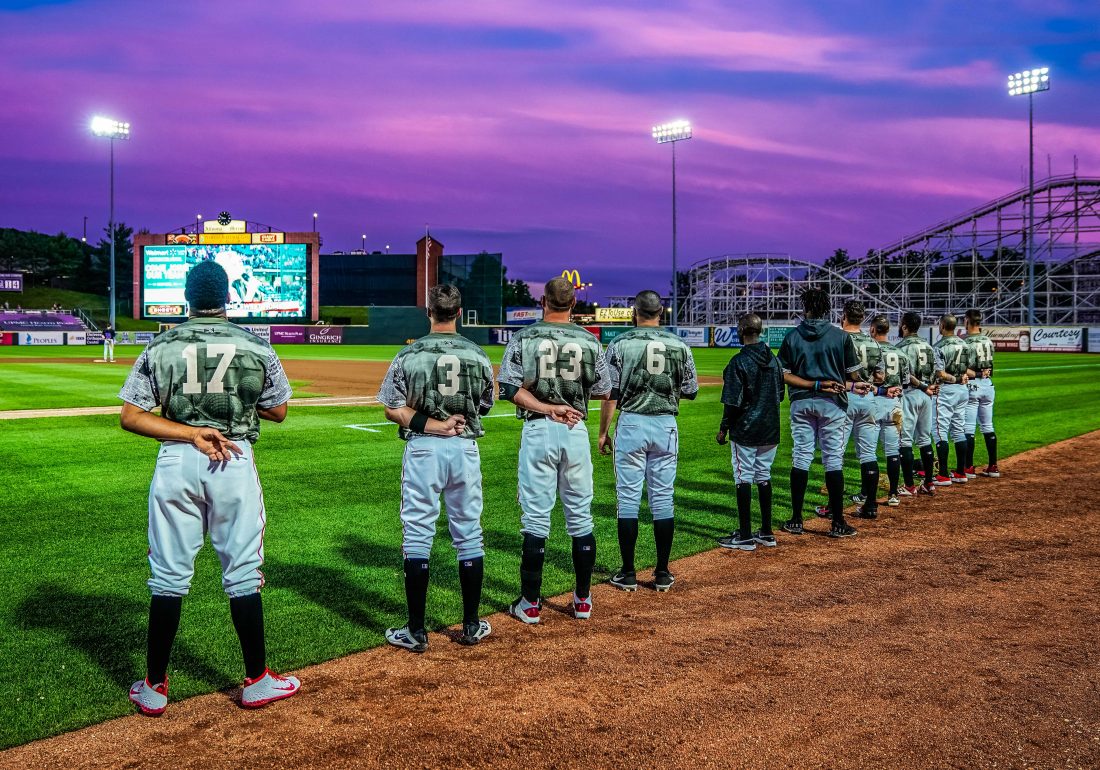 Coming off a three-game sweep on the road in Erie earlier this week, Altoona Curve manager Michael Ryan probably wishes his team didn’t have an off day Thursday.

The Curve used a comeback win on Monday to fuel them to an impressive offensive display over those three days. But back at home on a Friday night, Altoona’s offense looked completely different.

“Sometimes when you’re playing well, when you thrown an off day in there, even though (off days) are so important, sometimes they come at the wrong time,” Ryan said.

The Curve offense produced just one run on seven hits in Friday night’s 5-1 loss to the Akron RubberDucks at Peoples Natural Gas Field.

“You take the first inning out of tonight’s game and I like the way we played,” Ryan said.

Sure, take out the first inning and it’s a 2-1 ballgame, but Altoona’s lineup did not have a good feel for either of Akron’s two pitchers.

It wasn’t until the seventh inning that the Curve had more than one runner get on base in a single inning and if not for a small rally in the ninth inning, they would have been shutout for the ninth time this season.

Coming off a three-game series in which the Curve scored 18 runs, even leadoff man Jared Oliva was caught off guard by the team’s lack of consistency.

“I haven’t really thought about how much we’ve been shut out,” Oliva said postgame. “That’s kind of a surprise.”

Despite a team batting average that sits in the middle of the pack in the Eastern League, Altoona has a handful of players that are capable of doing damage on any given night, something that Oliva recognizes.

“I like our lineup, man. One through nine, and even guys that we have on the bench that aren’t playing, are really tough outs,” the No. 9 rated prospect in the Pirates organization said. “A lot of guys can produce quality at-bats. When things get rolling, it’s contagious. We just need that spark to get going. The more we can string quality at-bats together, it makes it easier.”

Akron starter Eli Morgan made sure the Curve didn’t string many hits together on Friday night, however.

He allowed just five hits and walked one batter in six and two thirds scoreless innings. Morgan’s stuff wasn’t overpowering — he had just six strikeouts and rarely hit 90 miles per hour with the fastball — but he made sure the Curve batters were uncomfortable at the plate all night long.

“He was locating his fastball and his off speed was so good it was making the fastball play a little bit more,” Ryan said. “When he’s spotting all three pitches, it’s going to be a tough night. We had a lot of pitches to hit, as far as the fastball is concerned. We were either just late or fouled them off and really didn’t put them in play with authority.”

“He mixed his pitches really well,” Oliva added. “He showed us the fastball first time through the lineup, then really the second and third time through mixed in his offspeed. You’ve got to give credit to him, he hit his spots, he worked the zone. Some days that’s just going to happen.”

But after a rough night at the plate, the Curve might get exactly what they need tomorrow — lots of at-bats. A doubleheader is on deck Saturday night for the teams separated by just three games in the standings.

“It’s a good day to have a good day,” Olive said. “The hardest thing is winning two games of a double header. It really tests a team, staying locked and focused. It’s going to be a fun test tomorrow.”

Key play: Garcia’s three-run blast to deep left field in the top of the first inning put the RubberDucks ahead just a few minutes into the game and they never looked back.

Key stat: The Curve were just 1-for-7 with runners in scoring position.

LEADING OFF: Garcia’s two home runs landed in almost identical spots just beyond the left field bleachers at Peoples Natural Gas Field. He finished the game 3-for-5 with four RBIs and two runs scored. The 25-year-old Venezuelan product has been a monster on Fridays this season as well, boasting a .500 batting average to go along with four homers and 11 RBIs in eight Friday appearances this season.

SAFE AT FIRST: “He got some pitches out over the plate, he’s a dangerous hitter,” Ryan said of Garcia. “That’s what a guy who’s hitting .380 off a breaking ball from the left side — that’s what he does.”

STEALING SECOND: Curve starter Sean Brady actually began the season as a member of the Akron RubberDucks, but was released on May 1 and eventually signed with the Pirates (and assigned to Altoona) on May 6. He made his first start of the season against the Curve, but picked up the loss. But after Friday night’s performance, he’s now just 2-3 with a 4.91 ERA in six starts with the Curve.

ROUNDING THIRD: On the flip side, Akron starter Eli Morgan has been impressive since his call-up to the club in early May. Now with six starts under his belt in Double-A, he has a 4-0 record with an ERA under two and a strikeout to walk ratio above three.

HEADING HOME: Things didn’t get easier for the Curve in the final two and a third innings as Akron reliever Robert Broom was solid in his first career Double-A appearance. His submarine delivery kept Altoona’s lineup off balance as he allowed just two hits.

“Obviously when you haven’t seen a guy before it’s a little different,” Oliva said. “That’s kinda been a theme for us this year. The first time we see a pitcher or a team, we tend to struggle. But the next time through, we have a good plan.”