Curve cap off solid homestand with win over Sea Dogs 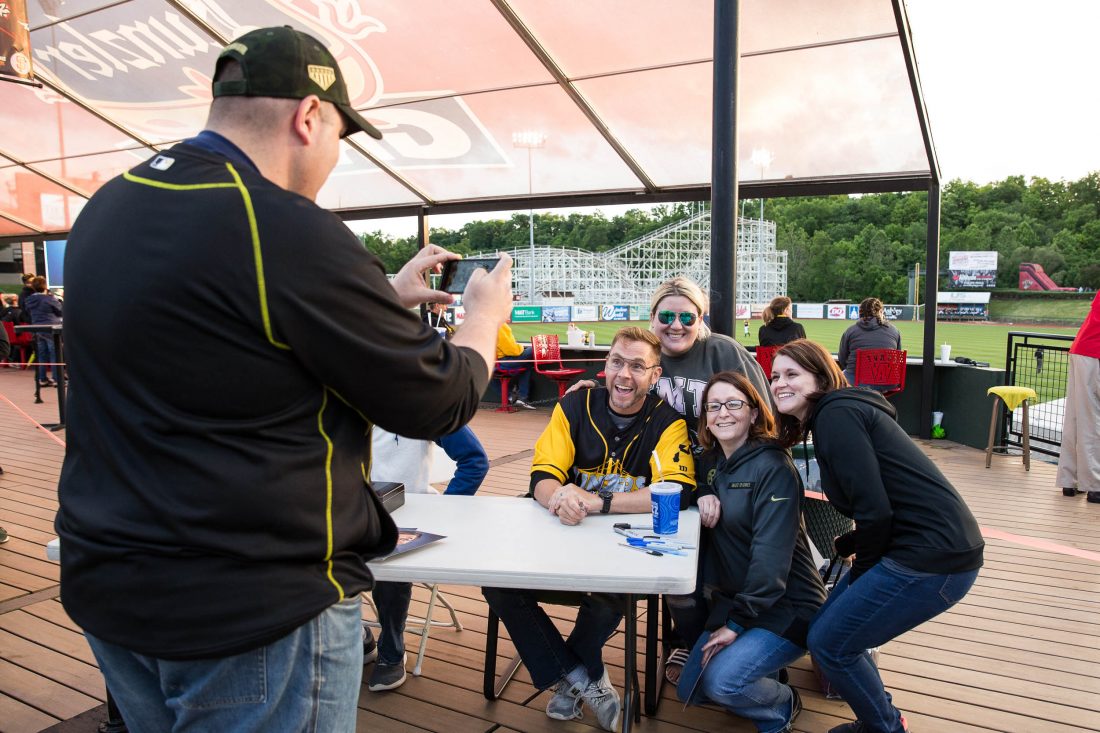 When Altoona’s lineup was released for Thursday night’s game, a familiar face was missing — Logan Hill.

He wasn’t injured or getting a day off. He wasn’t even in the state of Pennsylvania. Hill was on his way to Triple-A Indianapolis for the first time in his career, it was announced Thursday.

Hill, who’s been a steady force in the middle of the Curve’s lineup, left some sizeable shoes to be filled, but the Curve offense didn’t miss a beat in their first game without him, topping the Portland Sea Dogs by a final of 5-2 in front of 4,471 fans at Peoples Natural Gas Field.

“No matter who’s in the lineup we’re going to go out and compete the best we can,” designated hitter Bligh Madris said. “We gotta find ways to score, it’s going to be a different guy every night.”

On Thursday night, it was Madris.

He went 2-for-3 with a pair of doubles, a walk and a pair of runs in the win that pushed Altoona back over .500 on the season.

Madris’ first double of the night came with one out in the fifth inning and he eventually came around to score after Portland starter Matthew Kent walked three straight batters.

The Curve capitalized on Kent’s lack of control, piling on three more runs in the inning, seizing hold of the game with a 4-2 lead — a lead they would not relinquish.

“Just trying to take advantage of any opportunity we can, especially with three walks, the percentages go up a little bit more there to score some runs,” Madris said of his team’s offensive outburst. “We were honestly just trying to get back in the game at the point, but it ended up turning into more.”

Those runs were all Curve starter James Marvel needed on Thursday night as he went seven innings and allowed two runs on only three hits, striking out six batters as he picked up his sixth victory of the season.

“He was great,” Curve manager Michael Ryan said. “You take the one inning away where — he got two outs on five pitches and then he started to nibble a little bit, trying to set some guys up when he didn’t need to. I think it was a good lesson for him because he went right back on the attack after that and was able to give us seven strong [innings].”

Marvel turned it over to the Curve bullpen and Blake Weiman and Matt Eckelman needed just 19 pitches to retire the final six batters in order, preserving the win and helping the team improve to 8-2 in its last 10 games.

“It feels really good,” Ryan said. “It puts an exclamation point on the homestand. I thought we played well all seven games. To be able to take both series and pitch the way we did… it feels good. We’re going to get on the bus tomorrow and feel good about the next series coming up.”

On paper, the Curve’s next series in Binghamton will be a tough one as the Rumble Ponies currently boast a 33-27 record in the Eastern League Eastern Division, but they’re 3-10 in the month of June after their loss to Trenton on Thursday.

Key player: Madris finished the game with a pair of doubles and a pair of runs scored.

Key play: Oliva’s bases loaded walk in the fifth inning blew the doors open during the Curve’s four-run inning that proved to be the difference.

Key stat: Mitchell Tollman went 3-for-4, giving him four three-hit games this season, which is tied for tops on the team with Logan Hill.

LEADING OFF: Curve slugger Logan Hill was promoted to Triple-A Indianapolis prior to Thursday’s game. Outfielder Robbie Glendinning was promoted from Single-A Advanced Bradenton. Glendinning slashed .340/.393/.599 in 43 games with the Marauders.

STEALING SECOND: “We’re just so happy for Logan,” Ryan said of Hill’s promotion. “It’s his first taste of Triple-A and I just told him yesterday, ‘Don’t change a thing and understand what got you to Triple-A.'”

ROUNDING THIRD: Tollman is hitting .350 in 11 games so far in June and has provided a nice boost to the top of Altoona’s lineup. “Tollman has been outstanding for a good two weeks now, in every facet,” Ryan said.

HEADING HOME: Eckelman picked up his eighth save of the year with his 1-2-3 ninth inning and is now tied for third in the Eastern League in saves.