Right man at the right time 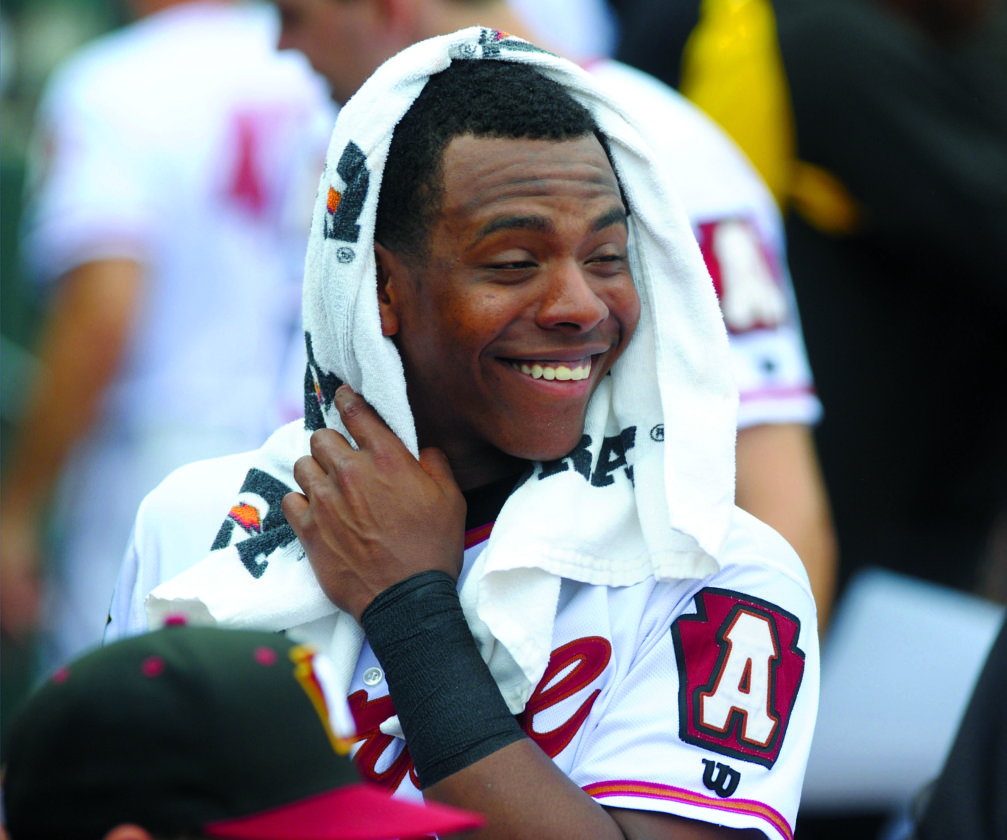 Mirror photo by Gary M. Baranec The Curve’s KeBryan Hayes keeps cool with a wet towel in the dugout during Thursday morning’s game.

Jin-De Jhang has a knack for bringing fans to their feet with timely hitting.

The man responsible for arguably the biggest hit in Curve history — a go-ahead three-run triple to help capture the 2017 Eastern League championship — was at it again Thursday afternoon. Jhang delivered a walk-off single to defeat Akron, 4-3, before 4,921 fans at Peoples Natural Gas Field to end the series and the month of May on a high note for Altoona.

“I’m pretty happy,” Jhang said minutes after escaping his mobbing teammates. “The team is winning. That’s always the first thing for me is just helping the team (win).”

For the second game in a row, the Curve won via a walk-off hit, this time on a hit to shallow right field that was just deep enough for a racing Elvis Escobar to slide under the glove of RubberDucks catcher Sicnarf Loopstok and ignite the on-field celebration yet again.

“I was just looking at home plate and saying in my mind, ‘Safe, safe, safe,'” Jhang said. ‘It’s awesome. Everybody is doing very good. We just want to keep winning.”

A strong 6• innings from Curve RHP Mitch Keller (5-2), in which he struck out six and allowed two runs, appeared to be enough for Altoona to hold on to a 3-2 victory and save the need for Jhang’s heroics. But the bullpen blew yet another lead, this time in the ninth inning, when Akron’s Willi Castro scored on a sacrifice-fly with the bases loaded.

Keller, the top prospect in the Pirates’ organization, has excelled against the RubberDucks in 2018, allowing only three runs with 19 strikeouts in 18 innings of work.

Curve RHP Geoff Hartlieb (5-2) was tagged with his fifth blown save in an inning of relief but wound up with the win when Akron RHP Mitch Brown (1-3) surrendered the game-ending walk-off hit to Jhang.

“Any time you can get back-to-back walk-offs, it shows that your team doesn’t have any quit,” Curve manager Michael Ryan said. “Playing against a really good team that we knew we couldn’t make mistakes, we were able to hang in there and get two games in a row this way. These are the type of games that might get you on a little bit of a streak and get your confidence up.”

Despite the celebratory and upbeat nature of the locker room following the game, the Curve manager had some trepidations about his bullpen’s performance that continues to plague the team.

“There’s still some questions in the bullpen,” Ryan said. “It’s a lot better than it was. It’s going to be a lot better than it is right now. We’ve had some great starts all year. It’s been very consistent. Keller tonight saved our bullpen going into the next series against Hartford.”

Jhang’s sequel season to his clutch hit in the 2017 championship game has been anything but ideal.

The catcher from Taiwan injured his arm playing winter ball in Australia and didn’t make his 2018 Curve debut until May 14. Since then, Jhang has played in seven games and is hitting .231 as he splits playing time at catcher along with Christian Kelley.

Jhang said after the game that the only other time he hit a walk-off was in 2015 with the Pirates’ high-A team in Bradenton, but he loves the feeling of doing it for his first time in Altoona.

Covering the bases: Page B3

LEADING OFF: RHP Mitch Keller stifled Akron batters for over six innings less than a week removed from his worst outing of the season, in which he walked a career-high five batters and surrendered a season-high in runs (6) and hits (9) against Harrisburg.

SAFE AT FIRST: “He got on the attack and looked like himself,” Ryan said of Keller. “It’s nothing you can teach. It’s just his mindset is to go out and compete. He took the last outing a little personal and made sure it was going to happen again. … Its the competitor in him. He such a competitor.”

STEALING SECOND: CF Jason Martin punctuated his marvelous month of May with a two-run homer in the sixth inning, his sixth home run of the month. Martin hit .359 in May and ranks sixth in the Eastern League with his .327 average.

ROUNDING THIRD: Despite the bumpy month, the Curve actually finished May with a .500 record of 14-14. Altoona has only had a losing record in one of the last nine full months of baseball.

HEADING HOME: The Curve have a brief three-game road trip to Hartford this weekend, then after a day off Monday, will be home all next week, with three games against Reading and three against Hartford.

Former Curve manager Michael Ryan has found a new home as he will be manager of the Chicago Cubs’ Double-A ...

Curve anthem tryouts are next month

Firing GM Neal Huntingdon was the appropriate move for the Pirates, without question, but it may not have been the ...

Minor League Baseball as we know it could be changing in dramatic ways if a jaw-dropping new proposal from Major ...

Giger: Firing of Ryan simply makes no sense at all

This makes no sense whatsoever and is a totally disgraceful move by the Pirates organization, which has so many ... 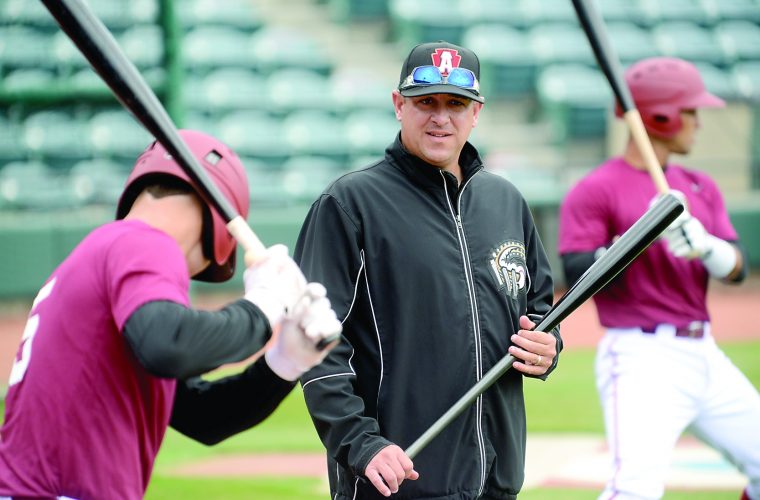