Hollidaysburg, attempting to make a statement for District 6 girls soccer in Class 3A, again failed to take the next step Tuesday night, losing to WPIAL-champion Oakland Catholic, 3-1, at Norwin High School.

But winning a state playoff game has been the ultimate test so far for the Golden Tigers, whose lone goal against Oakland Catholic was scored by sophomore Alyssa Bell.

Oakland Catholic (19-1), which got goals from Victoria Calhoun in the first half and Anna Sproule and Hannah Henn in the second half, advance to the quarterfinals round on Saturday against Hampton at a site to be determined.

“Hollidaysburg is a good team. They have some real talent up top,” Oakland Catholic coach Jim Earle said. “We were flat when we started, almost like we figured we’d already accomplished enough by winning the WPIAL championship. But we got after them in the second half.”

The teams played evenly through much of he first half. Oakland Catholic took a 1-0 lead into intermission on an unassisted goal by Victoria Calhoun in the 39th minute.

“I thought we hung well with them, especially in the first half,” Soellner said. “We started off the second a little off again.”

Anna Sproule’s goal just 47 seconds into the second half gave Oakland Catholic a 2-0 lead before Hannah Henn, with an assist from Calhoun, made it 3-0 midway through the period.

It stayed that way until Bell broke the ice for Hollidaysburg with a shot from 20 yards out that found the left corner of the net.

It was Bell, a sophomore, who also scored Hollidaysburg’s game-winning goal in overtime against Bellefonte in the District 6-3A championship game.

Hollidaysburg dropped a first-round game in the PIAA playoffs to a WPIAL team for the third consecutive season.

But not to just any old WPIAL team. This is an Oakland Catholic squad that defeated heavily favored Mars, 1-0, in the WPIAL title game. Mars entered the game unbeaten and ranked No. 24 in the nation by USA Today.

“The WPIAL is such a big area,” Soellner said. “You look at the state bracket and District 6 gets one team. The WPIAL is bringing three or four in every year. It plays mind games with you after awhile.”

Soellner said keeping an optimistic approach perhaps is the best way to find an elusive victory in the state tournament.

“You try to encourage your kids to understand that these teams put their cleats and pads on the same as you,” Soellner said, pointing to the field at Norwin, which also is a member of the WPIAL. “This is a field just like any other field.”

Playing in the PIAA playoffs is a place you’ve got to be excited for.”

While Soellner understandably hates to lose, he said his girls showed some determination after Hollidaysburg lost in 2017 to Moon, 7-0.

“I talked to the kids before this game and told them the four teams that beat you are sitting at home and you’re still playing. That’s something to be proud of.” 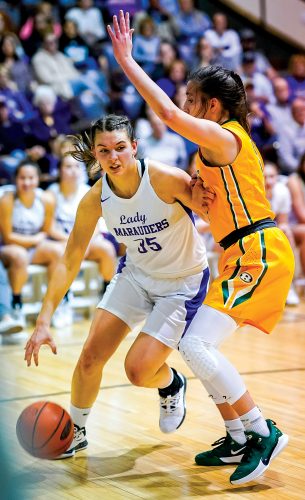