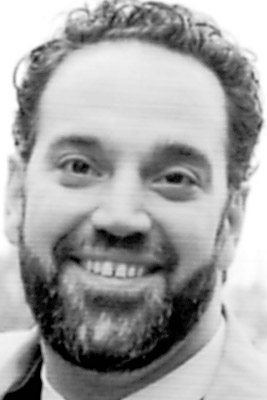 He was born in Altoona, son of Wally V. and Rose Marie (Gioiosa) Wargo.

Surviving are his parents; a sister, Alicia Wargo of Brooklyn, N.Y.; a brother, Damian (Maria) Wargo of Haverton; three nephews: Dominic, Nicholas and Augustin. He is also survived by aunts, uncles and cousins; and his lifetime friends: Matt Wineland and Tommy Cigno.

Jude was an Altoona Area High School graduate and went on to graduate from the Pittsburgh School of Culinary Arts where he went on to have a career as an executive chef in various restaurants in Colorado and Pittsburgh for 20 years. He was currently employed at Suehr Cargo, Pittsburgh.

He loved music and was an accomplished accordion player, especially enjoying the Zydeco genre. He enjoyed the outdoors, cooking for family and friends, and going to concerts, especially seeing his favorite band, Donna the Buffalo.

Jude was a wonderful son, brother, and friend to many in Altoona, Colorado and Pittsburgh and will remain in our hearts until we see him again.

Friends and Family will be received from 6 to 8 p.m. Thursday, July 2, 2020, at Santella Funeral Home, where a vigil for the deceased will be held. A private funeral Mass will be celebrated at St. John the Evangelist Catholic Church in Lakemont, at the convenience of the family. Committal will be at Calvary Cemetery.

Online condolences may be made at santellafuneralhome.com.