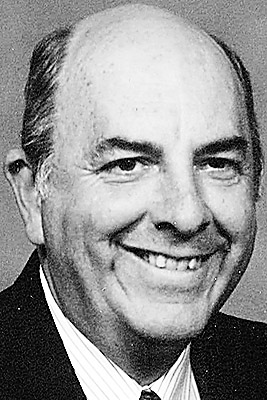 James Alvin Ake, 83, a resident of The Village at Morrisons Cove, Martinsburg, went to be with his Lord Wednesday, after a valiant struggle with ALS. He was born in Altoona the son of the late John and Mary (Carper) Ake. He was raised in Roaring Spring. James married Carrie Raugh on April 26, 1958, and she died on March 8, 2000.

Jim was the president of his high school Class of ’55. He graduated from Juniata College in 1959 and earned a Master of Science degree through a NSF Fellowship from Penn State University. Jim was employed first as a math teacher and head baseball coach at Tyrone High School. Later he worked for HRB Singer (E-Systems) in State College, Bell Labs, GRC and the Morristown Daily Record, all in New Jersey; and lastly he retired from Swigart Associates in Huntingdon.

Having played three sports in high school, he loved athletics. He was a pitcher in college and the Twilight League. He was proud to have never had a losing season while coaching high school and Little League, even winning districts. He loved his golf as well.

Jim was a talented singer, performing at many events. He enjoyed his church choirs and was a member of the choral society in State College as well as the Cove Community Choir. The Stone Church of the Brethren was his home church. He served as district treasurer for many years.

The family will have a private burial in Greenlawn Cemetery, Roaring Spring. A public memorial service will be held at a later date. Arrangements are by Todd T. Thompson Funeral Home Inc., Roaring Spring.