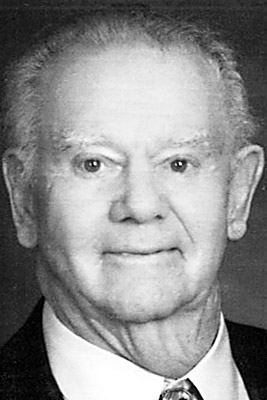 Jack Alva Hancock was born to Esther M. (Addleman) and Harry A. Hancock in Altoona, Pennsylvania, on Sept. 21, 1928. Jack served in both the Navy and Army during the Korean War and had tours in both Korea and Germany.

Jack retired from Consolidated Freightways as a Terminal Manager in 1990, and then began his career as an avid golfer, grandfather and community volunteer for his church and several charitable organizations. Jack organized several ministries to nursing homes and was known for his story telling and singing amongst many senior citizens.

During his early childhood he developed a love of nature by visiting his grandparents’ farm in Boalsburg, Pennsylvania where he, his siblings and cousins had many adventures. Later in life he became a very knowledgeable bird watcher. Jack, together with another gentleman, was responsible for starting the Altoona Chapter of the National Audubon Society over 60 years ago.

Jack was preceded in death by his wife, Mona Lee Hancock, of 58 years. They were very faithful to their church community and supported several missionary efforts over the past fifty years including international missions in Honduras and Israel.

Jack will be missed by his family including his brother, Allan Hancock, of Altoona, Pennsylvania; several children, grandchildren; and great-grandchildren living in Texas and Pennsylvania. He was also preceded in death by his brother, Harry Benjamin Hancock; and sister, Blanche E. Horner.

The family is grateful to his companion, Bobbie Strickland, who provided friendship and care for him during the past 2 years.