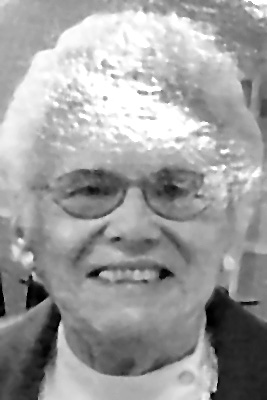 Carolyn Ann Frank, 92, of Altoona, passed away on Saturday at her home with her family by her side. She was born in McConnellsburg, daughter of the late David A. “Dave” and Ruth Ott Washabaugh.

Carolyn is survived by her two children: Ruth Bowerman of Middletown and Jeff Frank and wife, Mary Sue, of Berkeley Heights, N.J.; five grandchildren; and nine great-grandchildren; one sister, Betty Lea Henderson of Philadelphia; and one brother, D.A. “Andy” Washabaugh III of McConnellsburg; and her best friend of 27 years, Bob Leffingwell of Pinecroft.

Carolyn was preceded in death by her parents; and her husband, John Edward Frank.

A graveside service will be held 11 a.m. Thursday, July 30, 2020, at Union Cemetery in McConnellsburg. Arrangements are by Kelso-Cornelius Funeral Home Inc., McConnellsburg. Online condolences may be expressed at www.kelso-corneliusfuneralhome.com.

In lieu of flowers, memorial contributions may be made in Carolyn’s memory to the Fulton County Medical Center Foundation, 214 Peach Orchard Road, McConnellsburg, PA 17233.