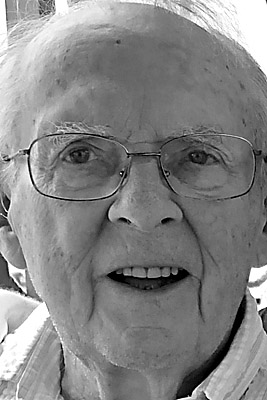 He was born in Altoona, son of the late Robert K. and Margaret S. (Smith) McClellan. On June 21, 1950, he married Evelyn M. Widney in Tyrone.

He was preceded in death by his parents; and his brother, Robert H.

Clair was a graduate of the Altoona School of Commerce with a degree in business administration. He was a member of Mardorf United Methodist Church in Juniata Gap, where he was active in the choir and many other activities.

Clair worked for A&P Grocery stores for 40 years in numerous positions, including store management, marketing and purchasing. He retired in 1988 from Value Drug Co. as vice president of marketing and promotions.

He served in the U.S. Coast Guard from 1943-47 and finished his service as a lighthouse tender off Smith Island, Md. He often told stories of his Coast Guard days and thoroughly enjoyed returning to Smith Island, as well as visiting his favorite vacation spot in Chincoteague, Va.

Unfortunately, services will be private due to the COVID-19 restrictions. Interment will take place at Grandview Cemetery, Altoona. Arrangements are by Mauk & Yates Funeral Home Inc., Juniata.

In lieu of flowers, the family asks that anyone who wishes to make a donation in memory of Clair to do so to Shriners Hospital for Children, 1645 W. Eighth St., Erie, PA 16505, with a notation stating “In memory of Clair McClellan.”