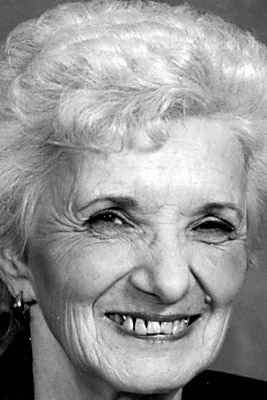 She was born in Pittsburgh, daughter of the late Anthony and Sylvia (Cook) Cannarsa. On June 7, 1951, she married James Robert Ritz Jr. in Hollidaysburg, and he preceded her in death Oct. 7, 1967.

Carrie, Anthony and Courtney; six great-grandchildren; and a brother, Virgil (Janet) of Duncansville.

She was preceded in death by three brothers: Anthony, Henry and Bruno.

Norma was a 1948 graduate of Hollidaysburg High School. After retiring from Penn State Altoona as a faculty secretary on June 20, 1995, after 25 years of service, she was a Blair County courtroom deputy for over 20 years.

Norma was a member of First United Methodist Church, Hollidaysburg, and particularly enjoyed spending time with her family.

Services will be held at the convenience of the family. The family requests that donations in memory of Norma be made to the charity of your choice. Arrangements are by Plank, Stitt & Stevens Funeral Home, 421 Montgomery St., Hollidaysburg.