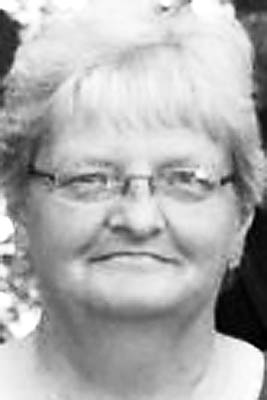 Debra A. Simpson, 63, Bellwood, formerly of Martinsburg and Saxton, died unexpectedly Wednesday morning at her home, after an extended illness.

Surviving are two sons: Christopher M. Simpson and wife, Melissa, and Tyler F. Simpson and wife, Rochelle, all of Bellwood; 11 grandchildren; a sister-in-law, Dianna Miller of Woodbury; a niece, Rachel Reffner; and a nephew, Douglas Reffner.

She was a 1974 graduate of Tussey Mountain High School. She was previously employed as a waitress at several area restaurants.

Deb was a member of Saxton United Methodist Church, where she had previously served as choir director and had recently been attending New Life Alliance Church, East Freedom.

Deb enjoyed attending her son’s sporting events, spending time with her grandkids and going to the beach. She had previously ran on the ambulance for the Saxton Volunteer Fire Department.