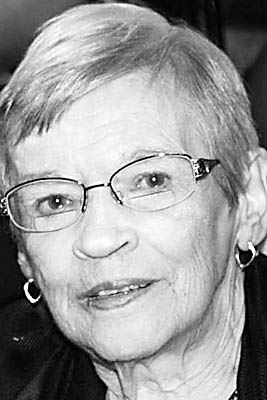 Christina Datris Frank, born in Altoona to John and Marcella (Brandt) Datris, passed away on Tuesday at UPMC Altoona, following a brief illness.

She was one of six children, survived by sister, Helen Grimme and preceded in death by brothers: Eugene and James Datris; and sisters: Cecelia Maher and Frances Kies.

She married Austin Frank, whom she is survived by, along with four children: sons, Patrick Hilger and wife, the late Jean (Rhodes) Hilger, Shawn Frank and wife, Raymalee (Reighard) Frank and Dennis Frank and partner, Julie Lysic, all of Altoona; and a daughter, Jeanne (Frank) Ketcham and her fiance, Roland Harmon, of East Norriton. She is also survived by six grandchildren: Tressa Nolan, Brianne Hilger, Kimberly Noel, Amy Ketcham, Andrea Ketcham and Nathan Frank; along with two great-grandchildren. She also had many nieces and nephews whom she loved.

Christina loved spending time with her family, especially her grandchildren. She was a 1953 graduate of Altoona Catholic High School and was a former local Sweet Adeline performer. She was also a former regular student of art at Holiday Art Studio in Hollidaysburg. Christina retired from Sears, Roebuck and Co. of Altoona as a visual merchandiser. She also loved gardening, reading, painting in watercolors and was an avid supporter of the arts.

No public viewing or service will be held at this time. A private family celebration of life will be held at a later date. Arrangements are by The Stevens Mortuary Inc., 1421 Eighth Ave., Altoona.

In lieu of flowers, the family asks that you would donate art supplies to your local school or support your local PBS Television Station by sending memorial contributions in Christina’s memory to WPSU Penn State, 238 Outreach Building, 100 Innovation Blvd., University Park, PA 16802.