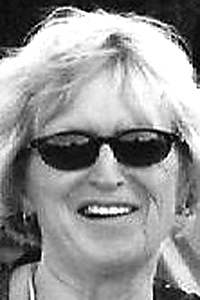 She was born in Edmunston, New Brunswick, Canada, daughter of the late Thomas and Sigrid (Polsen) Larson of Yuland, Denmark. She was formerly married to the late Frank Culp of Altoona.

She was preceded in death by a sister, Riggie Keys; and a brother, John, and his wife, Vetta Larson.

At the young age of 16, Karen attended Fredericton Business College in New Brunswick, Canada. At age 18, along with her sister and four friends, she backpacked across Europe, traveling to England, Denmark, Germany, Holland, France, Sweden and Italy, staying at hostels and relative’s homes along the way. Karen was trilingual, and fluent in the English, French and Danish languages. She enjoyed dancing, gardening and corresponding with her Danish aunts.

Karen will be remembered for her love of life and sense of humor. She will be missed by all who knew her.