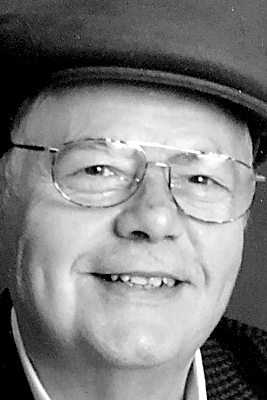 He was born in Altoona, son of the late Ferdinand and Mafalda (Pulcini) DelGrosso.

Surviving are his wife Cathy; his children:

He was preceded in death by a sister, Cynthia Gardella.

Fred was a 1961 graduate of Bellwood-Antis High School and two years later, married his high school sweetheart, Cathy. He was a member of St. Joseph Catholic Church in Bellwood. Frederick was co-owner of DelGrosso Foods, DelGrosso’s Park, and Marianna Foods in Tipton. To foodies across the country, he was best known for his creation of Uncle Fred’s Fireworks Sauce, a recipe he created over 30 years ago for family and friends. From the 1960s, he operated Real Farms Inc. in Tipton for nearly two decades.

He was a farmer at heart and expressed his love of agriculture and its future through the support of 4-H and FFA. Some of Fred’s happiest moments were when he was able to help the young people of these organizations pursue their dreams and agriculture projects. Whether it was in the barn or at the county fair, when the 4-H and FFA members were smiling, so was Fred.

He had many hobbies, including hunting, fishing and gardening. Fred coached Teener League baseball, junior high and high school basketball and high school baseball in Bellwood, and many years later is still affectionally known as Coach by his beloved athletes. Fred was a member of The Penn State Basketball Booster Club since 1991. He was passionate about Penn State basketball and watched his final game from his hospital bed with his family cheering beside him. Philanthropy was very important to Fred, and he supported many causes, including Penn State’s Coaches vs. Cancer, The Center for Organ Recovery and Education and The Sister Dulce Foundation in Baton Rouge, LA.

In 1999, Fred received the gift of life as a liver transplant recipient, and encouraged others to be organ donors. Fred’s greatest accomplishment was his family, and his most treasured moments were spent around the kitchen table enjoying a meal with the ones he loved so dearly.

Friends will be received from 11 a.m. to 3 p.m. and 5 to 8 p.m. Thursday, Feb. 13, 2020, at St. Joseph Catholic Church, Bellwood. A funeral Mass will be celebrated at 10 a.m. Friday, Feb. 14, 2020, at St. Joseph Catholic Church in Bellwood, the Rev. Alan Thomas celebrant. Committal will be at Logan Valley Cemetery, Bellwood, at a future date. Arrangements are by Jon C. Russin Funeral Home Inc., Bellwood.

In lieu of flowers, donations can be made to The Center for Organ Recovery and Education, 204 Sigma Drive Pittsburgh, PA 15238 or The Sister Dulce Foundation, 17560 George O’Neal Road, Baton Rouge, LA 70817.