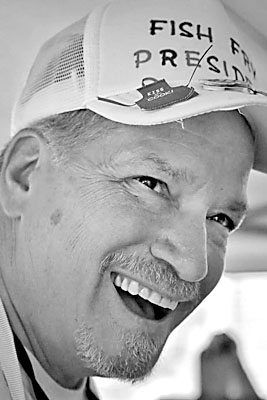 He was born in Latrobe, son of the late John and Marie (Hollick) Yancey.

He is survived by a son, Christopher J. (Shirley) of Springfield, Va.; four daughters: Maria Y. (Chad) Daniels of Ligonier, Cara A. of Seneca Rocks, W. Va., Desirae N. of State College and Rozalyn A. of Duncansville; five grandchildren: Laurel, Hays, Ellis, Saoirse and Quinlan; a brother, Bill of Greensburg; a sister, Patricia Beredino of Hostetter; and his girlfriend, Lee Ann Thomas, with whom he resided.

He was preceded in death by infant son, Benjamin.

Thomas was a 1977 graduate of Greater Latrobe High School and a graduate of the Art Institute of Pittsburgh. He was veteran of the U.S. Air Force and retired as a correctional officer at SCI Cresson. He was a member of Bavarian Aid Society, Altoona, the Swiss Club of Altoona and Bellwood American Legion.