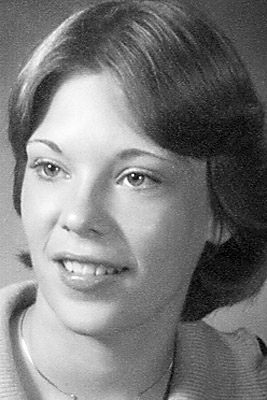 She was born in Altoona, daughter of Wanda E. (Hostler) and the late Roger E. Clark. On June 6, 1981, she married Earnest P. Kelley at St. Marks Catholic Church, Altoona.

Surviving are her husband; three daughters: Amber M. Hufford of Altoona, Annette S. and Angel F., both of Bellwood; a son, Earnest Jr. of Bellwood; 10 grandchildren; her mother of Bellwood; a brother, David R. Clark of St. Peters, Mo.; a sister, Lucinda D. Taylor of Altoona; and nieces and nephews.

She was preceded in death by a sister, Karen E. Clark; her grandmother, Ruth Hostler; and a son-in-law, David Hufford.

Her greatest joy was taking care of her family, including cooking and feeding family and friends, and family game nights. She also enjoyed making soup for local soup competitions, decorating her yard for Halloween and organizing huge Easter egg hunts for her grandchildren and adults alike. Her greatest love was spending time with her grandchildren.

Friends will be received from 2 to 5 p.m. Sunday, Jan. 19, 2020, at Jon C. Russin Funeral Home Inc., Bellwood. A memorial service will be held at 5 p.m. Sunday at the funeral home, Pastor John Poe officiating.

Contributions in her memory may be made to the family in care of the funeral home.