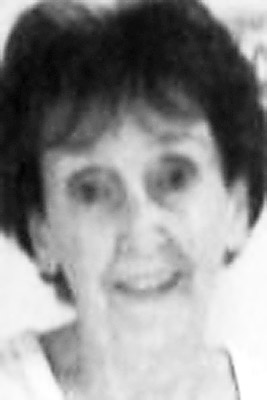 Aldine Donna Ehgartner, 84, Altoona, passed away Thursday evening surrounded by her family at the Presbyterian Village at Hollidaysburg.

She was preceded in death by a son, Mark Ehgartner; and a daughter, Lori Lee Ehgartner.

Aldine or Deanie, as she was called, was a loving mother, grandmother and great-grandmother. She deeply loved her family and her happiest times were when all her family was together.

Deanie was a hard worker and had many jobs throughout her life. She worked at various places including The Fountain Motel, Holiday Inn Express, Sears, and childcare, both private and at a daycare. Deanie always took pride in her children and her home. Her children were her life and she did anything for them. After her husband, George, passed Deanie was always willing to try anything to keep busy. Wherever she went, she was loved by all because of her sweet nature.

She loved the Lord and trusted Him with everything. She loved singing hymns and was a huge Elvis and Johnny Cash fan.

Deanie was a courageous, caring, kind person who was willing to help others at any time. She was a wonderful example to her children in many ways.

At the request of Deanie, services will be private. Arrangements are by Mauk & Yates Funeral Home Inc., Juniata.

In lieu of flowers, memorials donations may be made to Calvary Baptist Church, 810 Ruskin Drive, Altoona, PA, 16602.