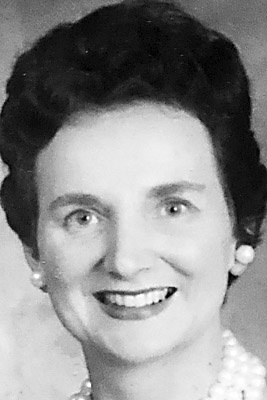 Charlotte B. Miller, 91, Altoona, died unexpectedly Thursday at her residence.

She was preceded in death by a grandchild, Andrew Leisenring, a brother, Herbert Brandt; and two sisters: Marie Keown and Mildred Dill.

Charlotte was a graduate of Altoona Catholic High School. She retired from Altoona Area School District as a teacher’s aide and had previously worked at Bell Telephone. She was a member of St. Therese of the Child Jesus Catholic Church. She was also an avid member of the Groove Fitness Studio. She was volunteer at UPMC Altoona Hospital, St. Vincent de Paul Food for Families and the Altoona Area Public Library.

She enjoyed flower gardening and crocheting. She was an avid Penn State and Pittsburgh Steelers fan.

Friends will be received from 2 to 4 p.m. Monday, Dec. 2, 2019, at The Stevens Mortuary, Inc., 1421 Eighth Ave., Altoona, where a vigil for the deceased will be held. A funeral Mass will be celebrated 10 a.m. Tuesday, Dec. 3, 2019, at St. Therese of the Child Jesus Catholic Church, Father D. Timothy Grimme, celebrant. Committal will be held at Calvary Cemetery.

The family requests that memorial contributions be made in Charlotte’s memory to St. Vincent DePaul Food for Families, 2201 Union Ave., Altoona, PA 16601.