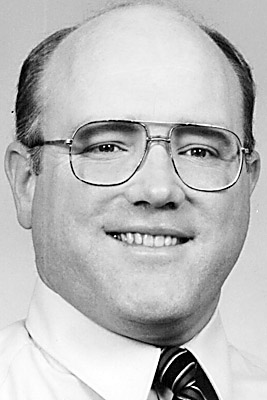 Charles Wolf Riley, 64, Altoona, passed away Wednesday at his home.

He was born in Clearfield, son of the late Wallace and Marie (Wolf) Riley. On Oct. 22, 1983, he married Susan Bailor in Tipton.

He was preceded in death by a niece, Julie Hale; and a nephew, Greg Lingle Jr.

Charles was the Pastor at Altoona First Church of God, as well as a Chaplain at UPMC Altoona. He earned a Master of Divinity Degree from Baptist Bible College as well as a Bachelor of Science in Education from John Carroll University.

He enjoyed reading, bridge, and sports (was a lifelong Cleveland fan).

Friend will be received from 10 a.m. until the noon funeral service Saturday, Nov. 9, 2019, at Mauk & Yates Funeral Home Inc., 719 N. Fourth Ave., Juniata. Interment will be at Logan Valley Cemetery.