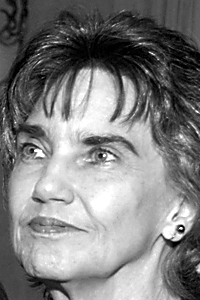 Barbara was born July 17, 1947, in Altoona, to Mary Elizabeth (Horton) and James Clifford Miller, both of whom preceded her in death.

She was a 1965 graduate of the Hollidaysburg Area High School and was a member of the Evangelical United Methodist Church of Middletown. On Feb. 12, 1966, she married Gary Lee Black.

She is survived by her husband; three sons: Donald J. (Kristin) of Etters, Wayne S. (Terri) of Harrisburg and Matthew R. (Marsha) of Waynesboro; six grandchildren: Kristine, Emily, Michael, Samuel, Audrey and Sarah; a brother, Robert J. (Lois) Miller of Altoona; a sister, Carol A. (Nick) Bell of Altoona; and many nieces and nephews.

There will be no viewing. Interment will be private and held at the convenience of the family at Carson Valley Cemetery, Cross Keys. Arrangements are by Plank, Stitt & Stevens Funeral Home, 421 Montgomery St., Hollidaysburg.