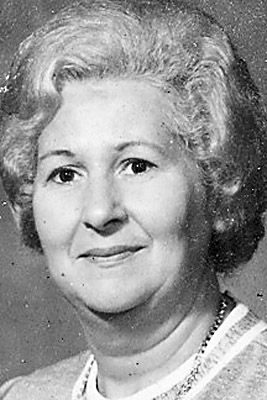 Ann is survived by her son, Wayne F. Smith and wife, Nancy, of Coral Springs, Fla.; a brother, Richard McClellan and wife, Josie, of Virginia Beach, Va.; and many nieces and nephews.

She was preceded in death by sisters: Mary and Myrtle; and brothers: Buddy Harry, William, Robert and Albert.

She was a member of Simpson-Temple United Parish.

Ann enjoyed working in her yard and helping people.

At Ann’s request, there will be no visitation. Arrangements are by E. Merrill Smith Funeral Home Inc., 2309 Broad Ave., Altoona.