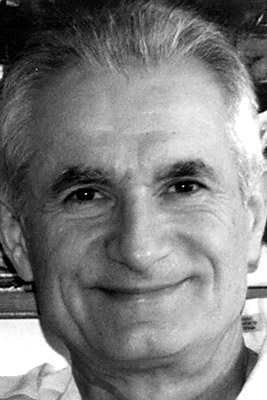 He was preceded in death by his parents, Zsuzsanna and Istvan Draskoczy; and a sister, Zsuzsanna.

Steven graduated from Semmelweis Medical Institute in Budapest in 1966 and escaped communist Hungary in 1968. He completed his residency in Boston in 1973 and was a Clinical Fellow at Harvard Medical School. Dr. Draskoczy practiced cardiology at Altoona Hospital for 23 years and at J.C. Blair Memorial Hospital in Huntingdon for 14 years, until his retirement in 2014.

A compassionate and caring doctor, he was beloved by his patients. He was an active member of the First Presbyterian Church in Hollidaysburg, where he served as deacon.

A visitation will be held Friday, Oct. 25, 2019, from 2 to 4 and 6 to 8 p.m. at Plank, Stitt, and Stevens Funeral Home, 421 Montgomery St., Hollidaysburg. A funeral service will be held Saturday, Oct. 26, at 11 a.m. at the First Presbyterian Church in Hollidaysburg. Interment will be at Alto-Reste Park.

The family requests that donations in the name of Steven be made to Homewood at Martinsburg, 437 Givler Drive, Martinsburg, PA 16662, or the First Presbyterian Church, 601 Walnut St., Hollidaysburg, PA 16648.