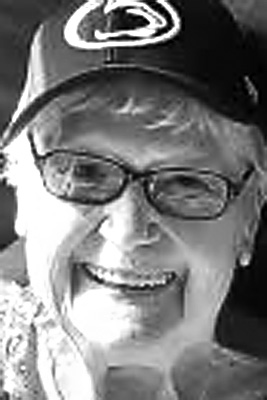 Irma J. Scheffer, 82, a resident of The Lutheran Home at Hollidaysburg, passed away Sunday at the home.

She was born in Altoona, daughter of the late Maximillion and Martha (Burns) Stoiber. On July 14, 1955, she married the love of her life, her husband of 64 years, John H. Scheffer, and he preceded her in death on April 5, 2019.

She was preceded in death by a brother, John “Jack” Stoiber; and two sisters: Marcella Reisdorf and Dorothy Conrad.

Irma was a 1954 graduate of Altoona High School and retired as executive secretary for Warnaco with over 30 years of service. She later worked at the Blair County Courthouse in voter registration.

She was a member of the Zion Lutheran Church, Hollidaysburg, the Red Hat Society and the Altoona Area High School Alumni Association committee.

Irma was an avid reader and enjoyed playing bingo, pinochle, games and was a participant in the Senior Olympics.

Friend will be received from 3:30 to 6:15 p.m. Thursday, Sept. 12, 2019, at The Stevens Mortuary Inc., 1421 Eighth Ave., Altoona, followed by a 6:30 p.m. funeral service in the Stevens Memorial Chapel, Pastor Ralph Hamer officiating. Interment will be held at Blair Memorial Park.

In lieu of flowers, the family requests that memorial contributions in Irma’s memory be made to The Lutheran Home at Hollidaysburg, 916 Hickory St., Hollidaysburg, PA 16648.