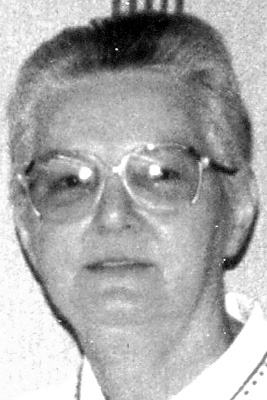 Helen Louise Creamer, 75, a resident of Altoona Center for Nursing Care, formerly of Frankstown, Hollidaysburg, passed away Saturday at UPMC Altoona after an extended illness.

She was born in Frankstown, daughter of the late Raymond and Ruth (Bice) Creamer.

Helen was a 1962 graduate of Hollidaysburg High School. She worked at Puritan Sportswear (Warnaco) for over 30 years and the Altoona Giant Eagle.

Helen was a two-time breast cancer survivor. She loved cats and enjoyed going to yard sales.

Friends will be received from 10 to 11 a.m. Thursday, Sept. 12, 2019, at Plank, Stitt & Stevens Funeral Home, 421 Montgomery St., Hollidaysburg, where a funeral service will follow at 11 a.m. Thursday, Pastor Chad Mullinix officiating. Interment will be at Fairview Cemetery, Martinsburg.

Memorial contributions in memory of Helen may be given to a Christian charity of your choice.