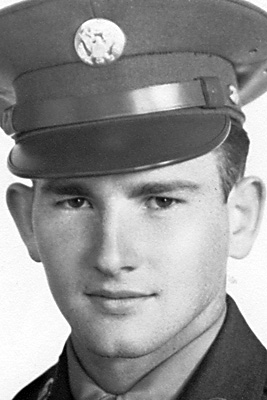 Carl Roy Suter, 96, passed away peacefully on Thursday morning at his home in Klahr, just a quarter of a mile from where he was born.

He was the only child of the late Flora Weyant Suter Gardner (of Klahr) and John C. Suter (from Manns Choice), who passed away when Carl was only two. Also preceding him in death were his stepfather, Lawrence E. Gardner; and stepsiblings: Ethel Gardner Musselman, Lawrence E. Gardner Jr. and Gerald Gardner.

Carl was a proud WWII veteran, drafted into the U.S. Army in April 1943. After basic training and a brief assignment to the Medical Corps, he was chosen for the Army Specialized Training Program (ASTP) and sent to Michigan State University for an accelerated engineering degree curriculum; however, after only one year, the program was shelved when more troops were needed overseas. Following Army Signal Corps training at Camp Crowder, Mo., Carl served with the Army’s 3165th Signal Service Company on the Western Pacific island of Saipan until the war’s end and was honorably discharged in February 1946. Later, Carl would continue his college education on the G.I. Bill, graduating from Pennsylvania State University in January 1952 with a bachelor of science degree in wood utilization and a minor in industrial engineering.

Carl’s work experience began with the Shaffer Stores, working as a clerk, delivery boy and meat cutter before the war, then post-war as store manager, until he enrolled at Penn State in 1948. After earning his college degree, he was hired by SKF Industries as a quality investigator with the start up of their Altoona ball bearing plant in June 1952. Over the next 33 years, Carl held various positions at SKF-Altoona, including general production foreman, manufacturing superintendent, supervisor of inspection & quality control, lead foreman in gage standards, grinding inspection and assembly, quality manager and senior quality control engineer. After retirement, he returned to SKF part-time as a QC consultant for several more years.

Always an outdoorsman and avid sports fan, Carl especially enjoyed fishing with family and friends on his beloved Duncan Lake in Gowganda, Ontario, with trips there spanning seven decades. He played a lot of baseball during his high school and Army years, enjoyed hunting and golfing and loyally supported Penn State football and Coach Joe Paterno to the end. Carl was a member of American Legion Post 522, Freemasons’ Portage Lodge 220, the Smokey Run Rod & Gun Club, the NRA and the Penn State Alumni Association.

Carl was baptized into the Brethren faith as a child, and was laid to rest next to his wife Pauline at the Upper Claar Church of the Brethren Cemetery on Sept. 7, 2019. Arrangements were by the Leslie-Miller Funeral Home in Claysburg, with military honors courtesy of the Blair County Veterans Honor Guard. At Carl’s specific request, a private interment service was graciously provided by the Rev. Glenn O. Hassinger of Myerstown.