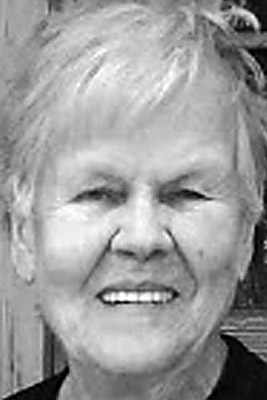 She was born on the island of Paatio, Fin­land (now part of Russia), daughter of the late Vaino and Lyyli (Harjula) Heikkila. On May 3, 1963, she married Ronald Settle in Helsinki, Finland, and together they shared 56 years of marriage.

Surviving are her husband, Ron, and son, Tom, both of Altoona; a sister, Terttu Wachtler of Frankfurt, Germany; numerous nieces and nephews in the U.S. and abroad; and her precious kitty, Sisu.

She was preceded in death by her parents; a brother, Teuvo; and her beloved pets: Missy, Pretty Girl, Lucky and Ash.

Liisa attended commercial school in Finland, later working as a bookkeeper prior to her marriage. She then accompanied her husband as he was deployed by the U.S. Army to Pennsylvania, Norway, Massachusetts, Virginia and then, West Germany.

Upon her husband’s retirement from the military, the family returned to his native Altoona. She then worked as a seamstress for 20 years at the former Meyer Jonasson clothing store in downtown Altoona. Upon retirement, Liisa volunteered for nearly 20 years at Altoona Hospital (UPMC Altoona) until December 2018. She loved people and brightened the lives of everyone she met.

Liisa enjoyed cooking, gardening, crocheting and knitting, casinos, Sudoku puzzles, baseball, travel and spending time with her family and friends. She spent the summers at her countryside cottage in her native Finland … that was her paradise.

Friends will be received for an 11 a.m. memorial service Saturday, July 13, 2019, at Trinity Lutheran Church, 408 N. Sixth St., Altoona, Pastor Eli Hess officiating. She will be cremated and interred with her parents in Finland. Arrangements are by Santella Funeral Home, Altoona.

Liisa loved animals and the family requests that in lieu of flowers, any donations be made to the Cen­tral Pennsylvania Humane Society or Mending Hearts Animal Rescue. Donations may also be made to the Alzheimer’s Association (alz.org), 225 N. Michigan Ave. Floor 17, Chicago, IL 60601. This cruel disease affected Liisa, her mother and brother; every dollar gets us one step closer to finding a cure.