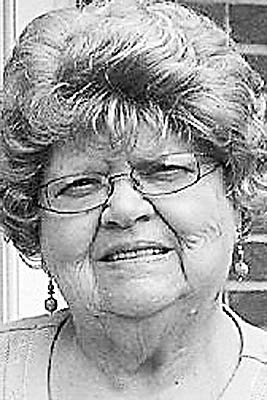 She was born in East Vandergrift, daughter of the late John A. and Frances Bernice (Kezes) Bernat. On Aug. 7, 1954, she married Edward Joseph Hribik at Holy Trinity Catholic Church, East Vandergrift, and he preceded her in death on Feb. 5, 2008.

She was preceded in death by a grandson, Matthew J.; and a brother, Ronald.

Rita was a graduate of Vandergrift High School. She was formerly employed as a hoagie maker at Marianna’s Fundraisers, Tipton.

Friends will be received from 6 to 8 p.m. Friday, May 10, 2019, at Jon C. Russin Funeral Home Inc., Bellwood, where a vigil for the deceased will also be held. A funeral Mass will be celebrated at 10 a.m. Saturday, May 11, 2019, at St. Joseph Catholic Church, Bellwood, the Rev. Alan Thomas celebrant. Committal will be at Blair Memorial Park, Antis Township.