WASHINGTON — A top Republican ally of President Donald Trump went a step further than the White House on Sunday by calling for Saudi Arabia to be suspended from an American military training program after a student pilot from the kingdom shot and killed three sailors at a U.S. naval base in Florida.

Trump had called for the program to be reviewed, but Sen. Lindsey Graham, R-S.C., said he wanted more.

“We need to suspend the Saudi program until we find out what happened here,” he said, adding that he likes the idea of training foreign pilots and helping them understand how the U.S. system works.

“But there’s something really bad here,” Graham said. “We need to slow this program down and reevaluate.”

Rep. Matt Gaetz, R-Fla., whose district includes the base in Pensacola, said Friday’s shooting “has to inform our ongoing relationship with Saudi Arabia.”

Gaetz, who, like Graham, is an outspoken defender of Trump during the impeachment inquiry being led by House Democrats, declined to criticize the president when asked whether Trump has been tough enough with Saudi Arabia.

He said he and Trump have been communicating regularly, and appeared to also call for the program’s suspension.

“We should not be taking new incoming Saudi students until we’re absolutely confident in our vetting process,” Gaetz said.

The U.S. has long had a robust training program for Saudis, providing assistance in the U.S. and in the kingdom. Currently, more than 850 Saudis are in the United States for various training activities. They are among more than 5,000 foreign students from 153 countries in the U.S. going through military training.

The FBI has identified Friday’s shooter as Mohammed Alshamrani, 21. Investigators said he was a 2nd Lieutenant in the Royal Saudi Air Force and a student naval flight officer of Naval Aviation Schools Command. 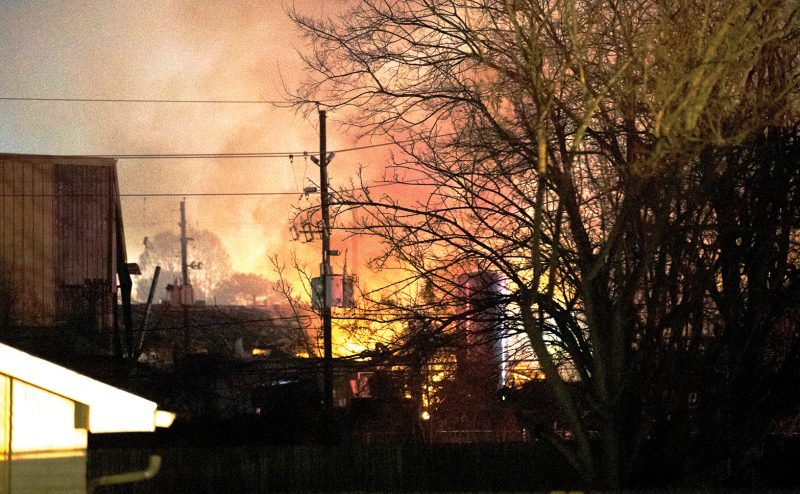