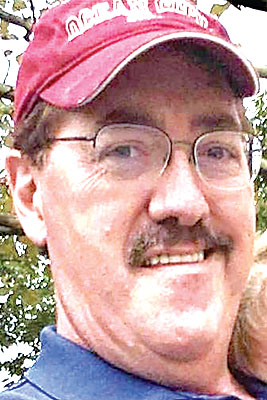 An Altoona musician described as an outgoing and generous “gentle giant” by family, friends and fans is being mourned after dying in a head-on vehicle crash Wednesday in Logan Township.

Dennis Ivory, 61, of Altoona, was the founder of The SharpTones, a popular oldies trio that has performed across the state since 2006. The group performed a variety of popular tunes from the 1950s, 1960s and 1970s, said Renee Dey of Altoona, who joined Ivory and Michael McClure in 2016 after Ivory heard her sing karaoke at a social club.

“This is definitely a huge loss not just to us personally, but also to the community as well. Denny was just the most giving person you would ever meet. He would give you the last of anything he had,” Dey said. “From the moment I came into the group, he took me in as one of his kids. He gave and gave and never wanted anything in return except to see people happy.”

McClure, who joined The SharpTones eight years ago, said he considered Denny “his second father” and learned a lot from him.

Ivory’s generosity extended beyond family and friends, McClure said, “There was nothing he wouldn’t do for you. He always offered his help. He would do his best even for strangers.” As a result, the band often performed free of charge at benefit concerts.

3 inches, “a gentle giant” and will remember the look of love on Ivory’s face when he held her son for the first time nearly a year ago. “It was the same look on his face he has when he’s around his grandchildren,” she said.

Dey added that Ivory was also devoted to his family, and especially his wife, Mary Jo Ivory.

“Whenever the two of them would be together, you could see the love between them. There was never a time that I didn’t hear them say ‘I love you’ as their last words on the phone,” she said, noting that Ivory called his wife when they arrived at a show so she knew they were safe. He would call again when they started the return trip.

“Denny was the heart of The SharpTones,” McClure said, as Ivory handled everything from booking shows, loading equipment, doing the driving and running the sound board. “He was an ace at making everyone sound their absolute best. We called him our fearless leader.”

His wife of 20 years, Mary Jo Ivory, said Denny founded the group because he liked singing karaoke and wanted to share his love of music. They started going to area nursing homes and it took off through word of mouth.

Andrew Ritchey, general manager of Ritchey’s Dairy, said the SharpTones always brought in about 300 people at the ice cream shop where they performed for the past 20 summers. “They have a good following. Denny would interact well with the crowd, and they took requests and were quite entertaining,” Ritchey said.

One of those followers is Denny Politi of Altoona, who first met Ivory in 2007 when he hired the SharpTones to perform at the Juniata Civic Club. He estimated he attended about 45 performances over the years.

“He was a great guy who enjoyed music and singing. It wasn’t so much he wanted to make money, but it was more about getting people to smile and reminisce and ease their minds for a few hours.

“He made people feel good and made them smile.”

Dey and McClure plan to honor future bookings as a duo, a decision encouraged by Mary Jo Ivory.

“Denny would be horrified at the thought that they’d stop and would be letting someone down,” Mary Jo Ivory said, adding her husband will be laid to rest wearing his SharpTones shirt. “I want them to continue on and glorify what Denny started. Singing was Denny’s passion. He loved to sing and entertain to make people feel good.”

Friends will be received from 10 a.m. to noon Monday, July 27, 2020, at First Church of Christ, 113 Good Shepherd Road, Altoona. A funeral service will be celebrated at noon at the church, with Pastor John Collins officiating. (See full obituary on this page).

From Mirror reports Penn State has made a decision on how many fans will be permitted into Beaver Stadium should ...

Gov. Tom Wolf has announced about $28 million to postsecondary institutions and adult basic education providers in ...

The Pennsylvania Superior Court has rejected a new appeal by a man who won a previous appeal of a sentence a year ...

An individual who attended Mass at a Johnstown parish in the Diocese of Altoona-Johnstown has tested positive for ...

CLEARFIELD –– An Altoona man is facing felony charges for his part in the alleged beating of two men in ...