Powers came to thank staffers, leaders for roles during pandemic 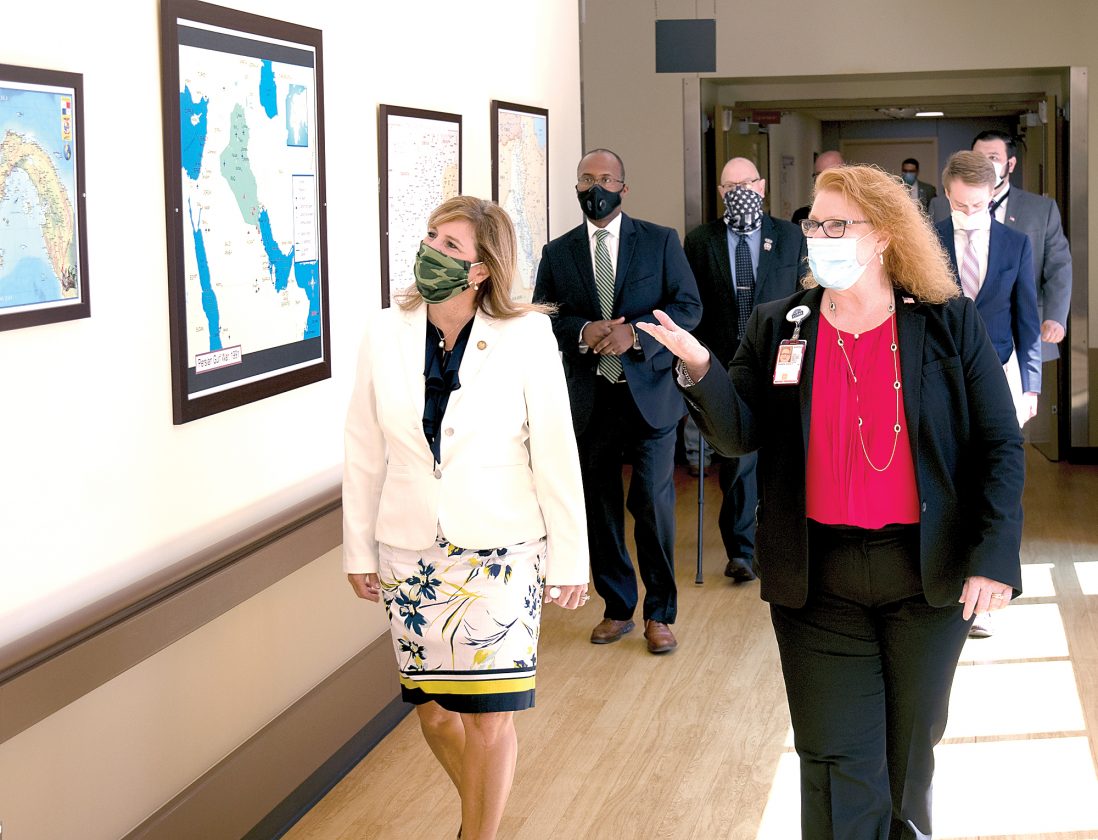 As one of the western Pennsylvania veterans hospitals that has fared well in dealing with COVID-19, Van Zandt VA Medical Center got to host the acting deputy secretary of the national VA on Thursday — the No. 2 person in a department with 377,000 workers and a $243 billion budget.

The VA as a whole has done a good job with the coronavirus crisis, but “this area in particular … got out in front,” Pamela Powers said in a conference room on the seventh floor of Van Zandt, explaining that she came to thank staffers and their leaders and to help ensure “they have what they need” in Pittsburgh, Altoona and Johnstown, where Van Zandt operates an outpatient center.

While nine of the 26,500 veterans enrolled in Van Zandt’s 14-county system contracted the coronavirus, no one died, according to information provided by Powers.

Eight of those infected patients are convalescing and one remains an inpatient in a community hospital — with none having been treated at Van Zandt, according to Powers.

None of the especially vulnerable residents in Van Zandt’s 40-45-bed Community Living Center — its nursing home — contracted the virus, according to hospital officials.

And no Van Zandt staff members tested positive, they said.

Van Zandt began working to set up a COVID-19 incident command center on Jan. 27, leading to policies and procedures designed to prevent infections, including limited access to the facility, with wellness checks for everyone every day — a practice that still continues, according to local officials.

The hospital was among the first in the VA system to take that kind of action, officials said.

The move has proven to be the right one, she said.

Seventy percent of those centers had no COVID-19 infections, and while there were concerning numbers in Community Living Centers in Philadelphia, New York, New Jersey and New Orleans, even those were smaller than many in some state-run vets homes and in many community homes, she said.

At the height of the pandemic, the 7,000-patient Community Living Center system had a “couple hundred” COVID-19 cases, Powers said.

There are now 13 active patients among the VA Community Living Centers, she said.

She did not have a count of Community Living Center deaths.

To provide social connection, Van Zandt’s Community Living Center and others around the country have provided virtual visits with family and friends.

There have been “drive-by” visits and parades in other places, Powers said.

At the beginning of the pandemic, Van Zandt arranged for as many as 56 extra beds to be available in case community hospitals in the region became overwhelmed. It also hired 150 additional staffers as part of its community helping mission.

Such assistance turned out not to be needed, however.

Normally, Van Zandt has only a handful of acute care observation beds to serve its urgent care clinic.

Powers, an Air Force veteran, is an advocate for women’s services in the VA system.

That system has lately proven attractive for women, beyond their numbers in the military:

Women enrollees now number about 800,000, or 10 percent of the total VA patient base, she said.

Among qualities that make VA care attractive is a holistic approach, according to Powers.

Whereas patients accessing community care generally receive narrowly focused treatment, veterans coming to the VA are subject to broad inquiries, including whether they have a comfortable home, food in the refrigerator and money to pay their bills, according to Powers and local officials.

“You’re not just a number,” she said. “I think that’s very appealing.”

Climbing survey scores among women for “trust” are in line with the recent heavy enrollment, Powers said.

The VA offers a program that helps women transitioning out of the service confront challenges like employment, child care and health care.

A call service, with a hotline — 1-855-VA-WOMEN — along with an anonymous chat line is available, and an outreach program has made 1.7 million calls so far, including one to her.

Every VA hospital now has at least two providers who offer specialty services geared for women, she said.

Several of the dozen senior leaders at the national VA are women, she said. And 60 percent of the VA workforce is female — while 30 percent of that group are veterans. 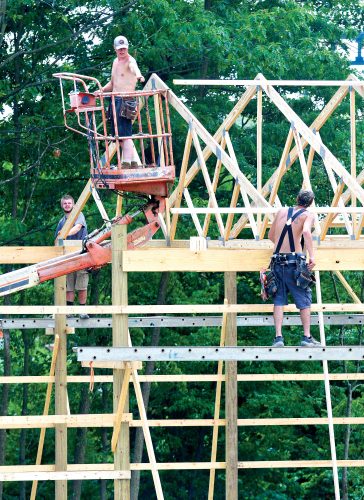