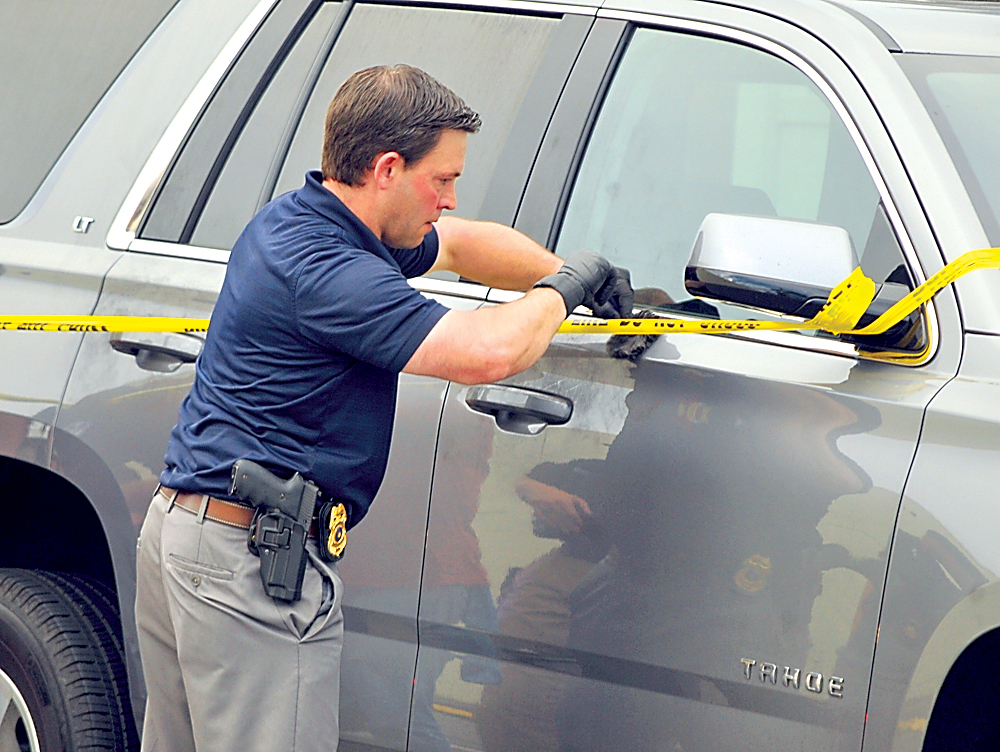 The investigation into a double homicide continues in Altoona.

Police remained tight-lipped Thursday night after a day in which a woman and a man were found dead about 11:35 a.m. inside the first floor apartment of 2606 Beale Ave.

Although police declined to release any names, they did say it was a woman in her 50s and a man believed to be in his 20s, although earlier in the day, investigators did not know the man’s identity but they did know the name of the woman.

By Thursday night, the man had been identified, but police said they would not release names until today. The man’s and the woman’s relationship to each other was not known, police said.

Both were shot, and police were checking video security cameras in the area of the killings with an emphasis on the overnight hours between 1 and 4 a.m.

“We do believe it was an isolated incident,” Altoona police Sgt. Matthew Plummer said Thursday.

Plummer asked residents with video cameras that might have captured anything to call Altoona police.

Plummer said detectives were busy talking with people and gathering evidence Thursday, but he could not say if there were any suspects.

“We were not dispatched for any type of shots call,” Plummer said, adding the bodies were reported by someone associated with the deceased.

At one point, after the bodies were taken from the home by Blair County deputy coroners, distraught family members became upset with Blair County Coroner Patricia Ross, prompting additional police to arrive. Although the parties had to be separated, no one was charged over the brief ruckus.

Plummer said police were initially dispatched for a report of a cardiac arrest or drug overdose and when officers arrived, they found that the two people had been shot to death.

About 6 p.m., officers executed a search warrant at the home, with detectives and officers removing items in evidence bags while also dusting an SUV parked outside for fingerprints.

Neighbors said they didn’t know of anything going on until police and the coroner arrived, saying that it’s typically a quiet neighborhood.