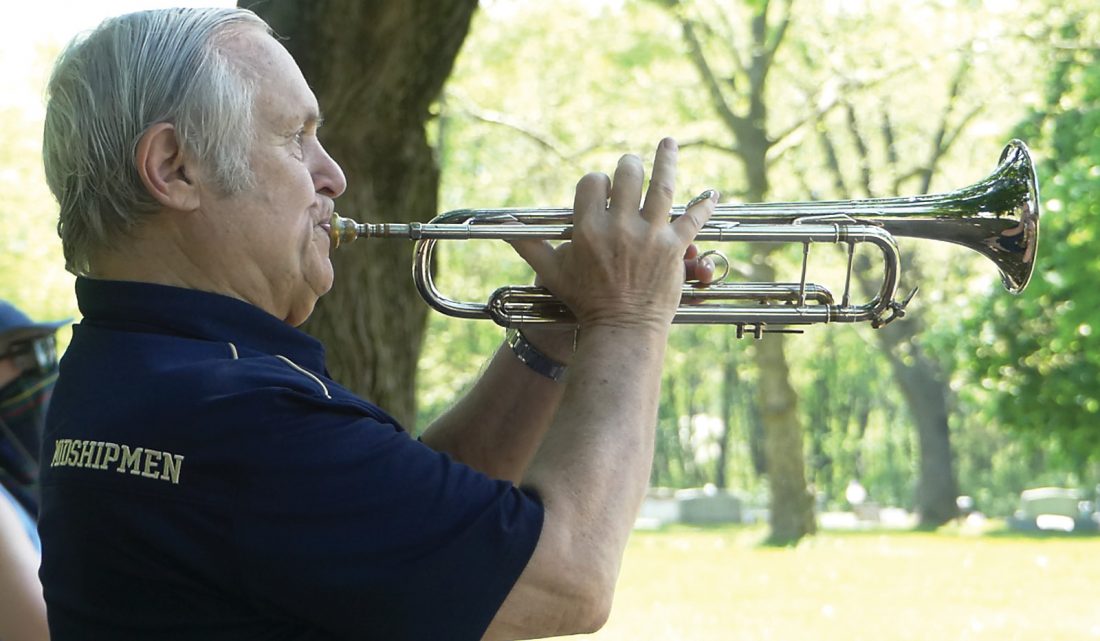 The promise went something like this: “If you come and play ‘Taps’ at Rose Hill Cemetery at 3 p.m. Monday, I’ll wear my uniform,” Ed Mackey told his brother, William “Bill” Mackey.

Though, Bill said, he didn’t get a lot of advance notice.

There really wasn’t a lot of notice to give for any of the thousands of musicians who took part in “Taps Across America” on Memorial Day, Ed said. 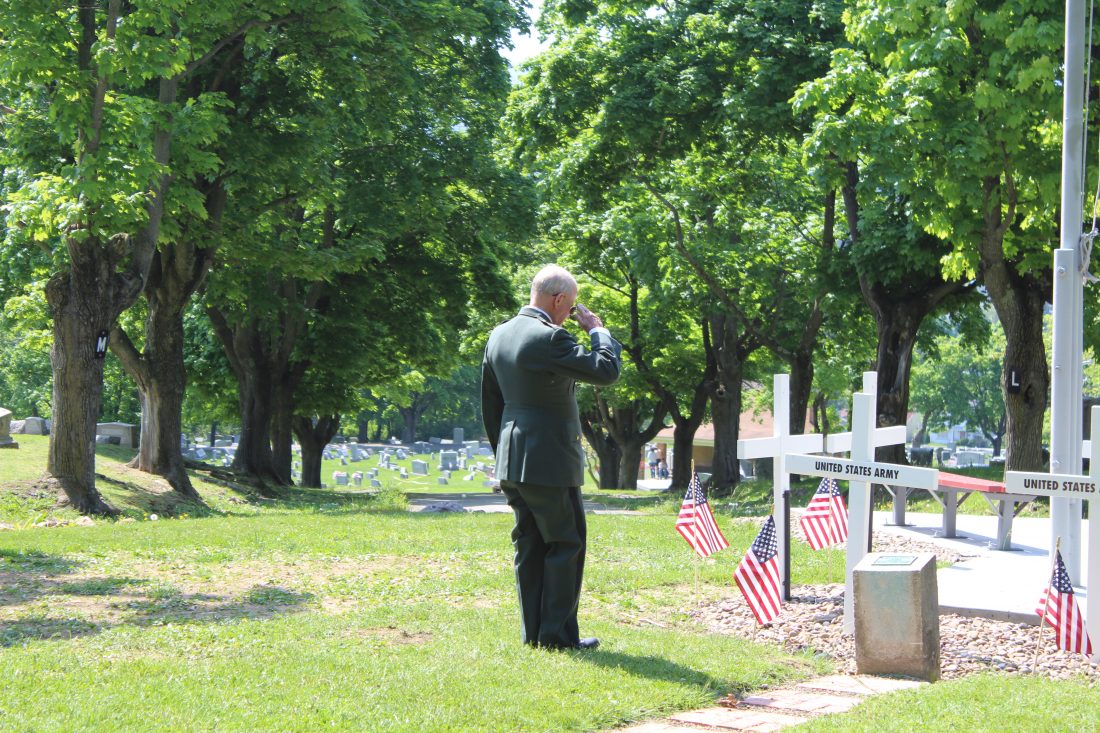 Spearheaded by CBS News’ Steve Hartman and retired Master Sgt. Jari Villanueva, the event was billed as a way for everyone to remember and pay tribute to fallen service members — and this year, to also remember victims of the COVID-19 pandemic — while maintaining social distancing.

The idea was to get people across the country to play Taps on a trumpet, bugle or similar instrument at 3 p.m. in their own time zone. That means Taps would have been played like a wave across America.

By late afternoon, videos were popping up on social media showcasing regular folks paying tribute from their front porches, lawns and driveways.

Monday afternoon found the Mackey brothers, family, friends and passersby at Rose Hill Cemetery as Bill played from the hilltop in the hopes the sound would travel down through the cemetery and to area homes.

Ed sported his military uniform — after all, a promise is a promise — that still fit, though he admitted with a grin that it was a little more snug than the last time he wore it in 1968. 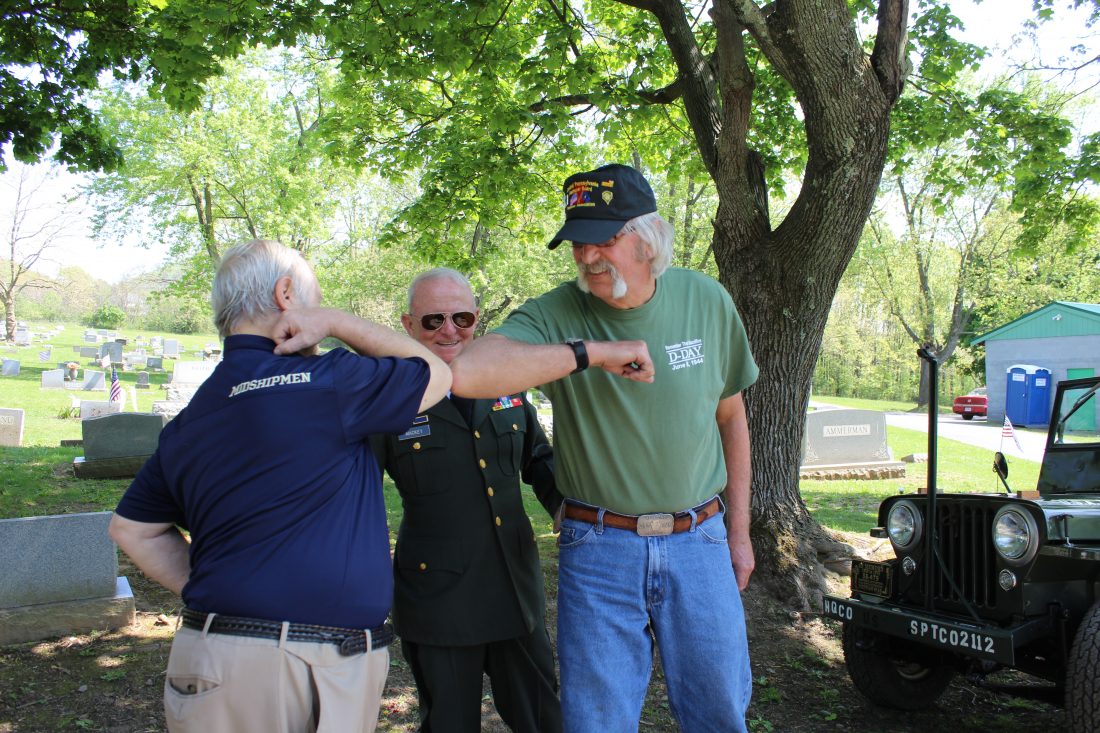 Local residents of a certain age may remember Bill as the young soloist who played his trumpet in May 1957 at Horseshoe Curve when the K4 engine came to Altoona. He’s quite an accomplished trumpet player, Ed said proudly.

“I played a really good trumpet,” Bill said with a grin.

In fact, he’s pretty accomplished at many things, Ed said of his brother.

Alas, “some dreams don’t work out,” he said. He received a medical discharge instead and ended up going to school and getting a doctorate in systems engineering. He’s worked as an aerospace engineer on a wide range of projects, and he’s also worked for Homeland Security.

Bill is also an attorney and taught at the University of Maryland.

Though he is now semi-retired, he continues to work as an engineer consultant and continues to practice law, he said.

Ed graduated from West Point in 1964 and “went to Airborne school and Ranger school,” Bill said. Ed served eight years and is retired/disabled.

“He got the Soldier’s Medal for heroism,” Bill said. “He pulled a man out of an ammo dump that was blowing up. He saved the guy’s life.”

The two, along with friends Rick Foust and Dan Ott reminisced about classmates, friends and family lost in service to the country.

Foust, who served during Vietnam, drove his 1946 Jeep to the ceremony at Rose Hill and was thanked for his service by a visitor.

“I get more thank yous for my service now than when we came back,” he said.

Ott, who didn’t serve, said he had two brothers in Vietnam and his father in World War II.

“We owe the people who served a lot,” the group said while looking around the cemetery.

More than 1,000 flags were put on veterans graves over the last few days, Ed said, and the number of flags grows each year as the older generation passes away.

Monday’s playing of Taps was the first in his memory in which it was played at the cemetery for Memorial Day, said Ed, noting that even amid the coronavirus pandemic, Memorial Day is “a chance to remember those people who paid the ultimate price … who died in combat.”

As for the pandemic, Ed said, “We’re tough people. We’ll get through it.”