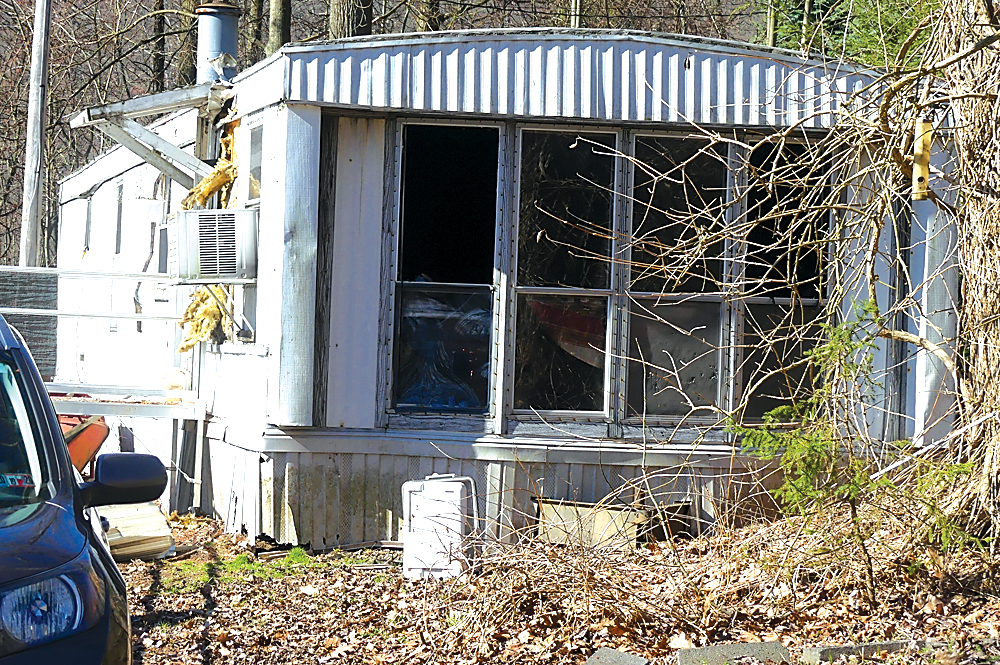 DUNCANSVILLE — An early morning fire claimed the life of an Allegheny Township man on Thursday.

Greg D. Scott, 72, was pronounced dead at the scene by Blair County Chief Deputy Coroner Paul Kerns, after being overcome with smoke in his mobile home at 267 Mile Hill Road, Duncansville.

Glunt said Allegheny Chief Tracey Saylor and an officer with the Allegheny Township Police Department were the first to arrive on the scene. They entered the home and pulled Scott out.

Saylor and the officer were both treated at the hospital for smoke inhalation and released.

Glunt said the Scott was the only person inside at the time of the fire, which was contained to one room.

“It was a small fire, mainly in the living room,” he said.

Blair County Coroner Patricia Ross said Scott, who was disabled, was on the sofa when he was overcome by smoke.

“The fire actually smoldered itself out, so it was definitely smoke inhalation.” Ross said. “He was laying on the couch and didn’t try to get out.”

Crews from Hollidaysburg, Duncansville and Roaring Spring assisted and remained on scene until 6 a.m.

A state police fire marshal was called in to investigate.