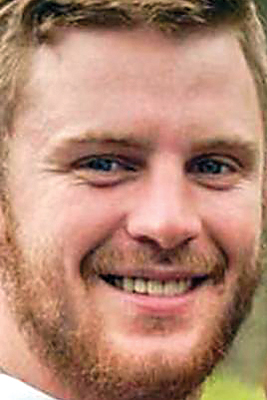 SAXTON — A baseball coach at Tussey Mountain Junior/Senior High School has been arrested and charged with multiple felony counts stemming from an inappropriate relationship with a female junior high stu­dent, accord­ing to a state police report.

According to charges filed by state police at Bedford, Daniel James Taylor, 23, of Broad Top, engaged in a sexual relationship with the minor beginning in December.

Police were notified on Monday of a possible sexual relationship between Taylor and the female victim, and on Tuesday, police went to the Tussey Mountain school to investigate.

The junior high school principal led police to the female victim’s locker, where they allegedly found two photographs of the victim and Taylor together. One of the photos allegedly showed Taylor kissing the victim.

Police interviewed Taylor at the school on Tuesday, where he allegedly admitted he had “fallen” for the victim and that they had kissed.

Police said Taylor told them that he had met the victim at a basketball game and the two began talking on Snapchat.

Taylor said the victim also sent him pictures on Snapchat of her in her underwear, the police report states.

Taylor allegedly told police that he and the victim “hung out” together at a friend’s house located across the street from the victim’s home and that in December, they kissed and that it progressed into a sexual relationship.

Taylor allegedly told police the sexual relationship began in December, and that he and the female victim had sex as recently as last week.

Police said Taylor told them the sexual encounters occurred at the friend’s house and in Taylor’s vehicle.

Taylor is facing three felony counts each of statutory sexual assault, institutional sexual assault and corruption of minors, as well as three misdemeanor counts of indecent assault on a victim less than 16 years of age.

He was arraigned on Tuesday evening by Magisterial District Judge Kathy Calhoun, Everett, and released on $75,000 unsecured bond.

According to a statement released by the Tussey Mountain School District, Taylor has been placed on administrative leave and is barred from school property pending the outcome of the case.