U.S. District Judge Kim R. Gibson in Johnstown has set a July 13 date for the start of a civil trial in which a former Mount Aloysius College employee will claim he was improperly terminated in 2012.

Larry Brugh was an assistant dean of student affairs and director of career services at Mount Aloysius, located in Cresson.

In July 2012, college President Thomas Foley transferred Brugh to the Department of Academic Affairs, removing his title as assistant dean of student affairs, but keeping his title as director of career services.

His salary remained the same, and Foley maintained that the change in job status was because he wanted Brugh to “focus his energies on students.”

According to an opinion issued by Judge Gibson this month, Brugh initially seemed to agree with the decision but retained an attorney, James Carroll of Pittsburgh, who contended Brugh had been demoted as retaliation for making past complaints against the school.

The judge’s opinion indicated that evidence has been produced showing that Foley was upset that Brugh retained an attorney, and in December 2012, Foley gave Brugh, a 27-year employee of the college, the option to resign or be terminated.

Gibson said there is a dispute between the parties, with Brugh maintaining that Foley told him he was being terminated because his attorney had sent letters to the college complaining about Brugh’s reassignment.

At about the same time, Brugh’s wife, Suzanne — who previously had worked at Mount Aloysius but resigned on good terms to accept a job at another college — was terminated as the clock operator for the college basketball games.

Both Larry Brugh and Suzanne Brugh filed federal lawsuits arguing their civil rights under Title VII of the U.S. Civil Rights Act had been breached.

To clear the way for trial, Gibson denied dismissal of Larry Brugh’s claim that his termination was in retaliation for his retention of legal representation.

In his opinion, the judge concluded: “Here, there is sufficient direct evidence for a factfinder (jury) to conclude that retaliatory animus motivated President Foley’s decision to terminate Larry.”

The judge, however, dismissed a claim that Brugh’s reassignment stemmed from retaliation for Brugh’s complaints about the college and its work environment over the years.

The college argued that Brugh’s reassignment was not a demotion, and the judge stated, “The Brughs failed to produce evidence from which a reasonable jury could conclude that Larry’s reassignment constituted a materially adverse action or that it was adverse in any way.”

The judge also dismissed Suzanne Brugh’s complaint, contending that, as clock operator for the basketball program, she was not a college employee, but an independent contractor.

The college argued that it terminated Suzanne Brugh because it wanted the position filled by a college employee.

While the lawsuit by Larry Brugh revolves around more recent events, his complaints against the college go back to 1992, the judge pointed out.

At that time, as director of career services, Brugh became aware that an applicant for the position of men’s basketball coach, Lynn Ramage, an African American, had been denied the job because his wife was Caucasian.

Larry Brugh objected to the discrimination and agreed to be a witness for Ramage, who filed a federal lawsuit. The lawsuit was settled out of court.

Brugh contended he was retaliated against by the college for his anti-discrimination stance.

Gibson’s opinion reviewed many incidents throughout the ’90s in which Larry Brugh complained about his treatment and became angry at times, according to the college.

Foley became president of the college in 2010, and after a dispute between Brugh and a supervisor, Foley convened a committee and reviewed Brugh’s file. That series of events allegedly led to Brugh’s reassignment.

The judge, in his opinion, discussed a conversation the Brughs had with a senior vice-president for administration.

During a lunch meeting, the Brughs outlined the “hostile work environment” they encountered during the 1990s was a result of Larry’s objections to the discrimination against Ramage, and about the harm they suffered due to Larry Brugh’s stand against discrimination.

Foley resigned his position with Mount Aloysius in 2018 to become president of the Association of Independent Colleges and Universities of Pennsylvania. 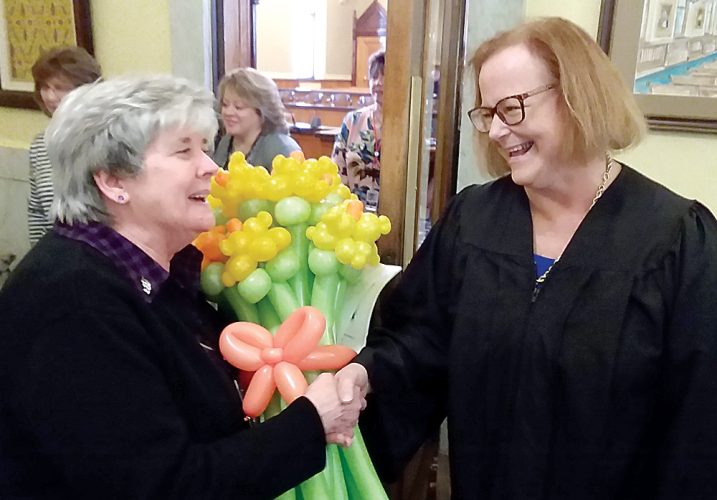 HOLLIDAYSBURG — High levels of lead recently found in samples of drinking water in some homes and buildings in ...

The Altoona Area School Board continues to face questions about the lack of handicap accessible restrooms at ...

TYRONE — Three people face charges after a disturbance in Tyrone. According to Tyrone police, 27-year-old ... 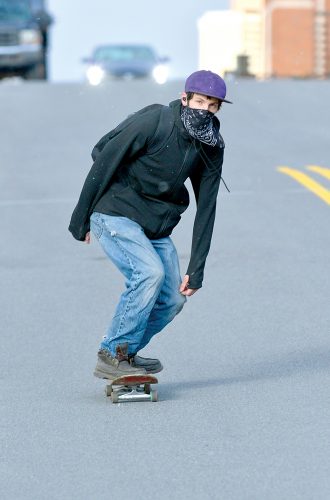