Convicted murderer could get parole 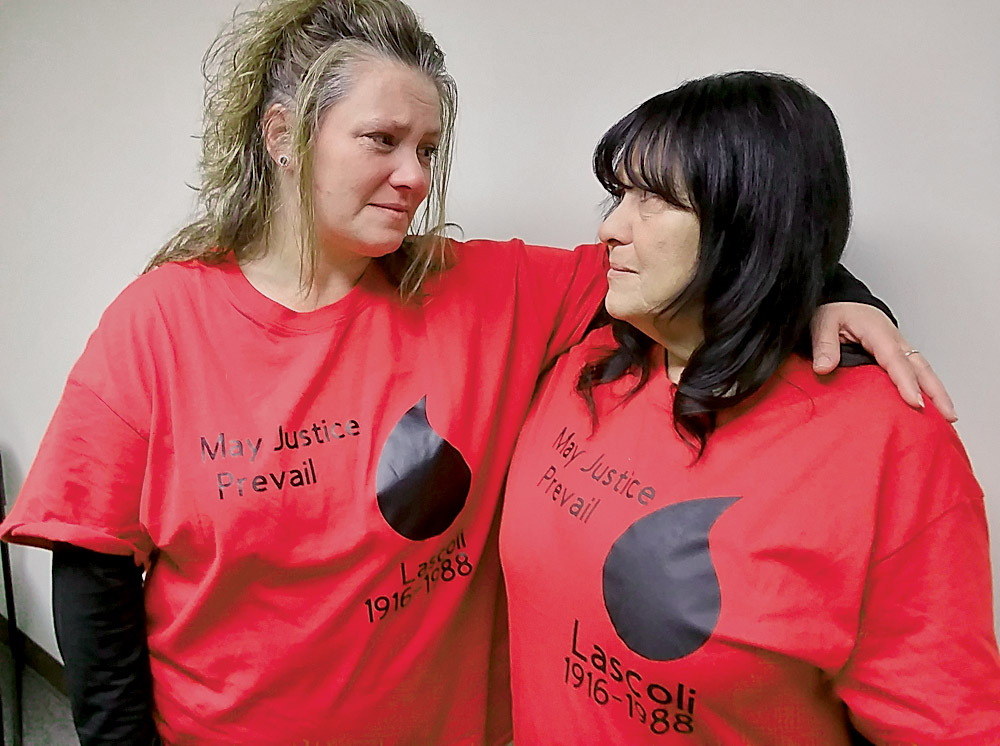 Lorrie McNally of Roaring Spring (left) comforts Beverly Riley of Duncansville, at the Blair County courthouse where James “Frankie” Rodgers, 49, was resentenced for the 1988 murder of Pasquale J. Lascoli of Altoona. Riley is Lascoli’s daughter and McNally is his granddaughter. Mirror photo by Kay Stephens

HOLLIDAYSBURG — The Altoona man convicted of first-degree murder in the brutal 1988 stabbing death of Pasquale J. Lascoli of Altoona no longer faces life in prison without the chance of parole.

Based on a new sentence of 40 years to life handed down Friday morning by Senior Judge Daniel Howsare in Blair County Court, 49-year-old James “Frankie” Rodgers will be eligible to apply for parole in about eight years.

“I would have liked a longer sentence,” District Attorney Richard Consiglio admitted after Rodgers’ new sentence was bestowed. “But I think Judge Howsare made a well thought-out decision that’s going to be very difficult for an appellate court to overturn.”

Federal Public Defender Kirk J. Henderson said he has made no decision on an appeal and declined further comment.

At a court hearing last summer, Henderson suggested 25 years, a length that would have allowed Rodgers to immediately apply for parole and if granted, to pursue a plan to live and work in Columbus, Ohio. 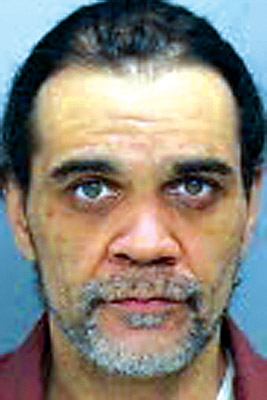 In announcing the new sentence, Howsare declined to put Rodgers in that position.

“He did present a re-entry plan,” the judge said Friday. “But he’s not really proven that he could be safely released in the immediate future.”

The judge’s decision prompted tears on both sides of the courtroom among Lascoli’s and Rodgers’ families and friends, while Rodgers stared forward and showed no reaction.

Lascoli’s daughter, Beverly Riley of Duncansville, said she thought Consiglio did a good job. She and some of her family members came to court dressed in red T-shirts designed in memory of their lost loved one.

“My family is not done fighting, and we’ll be there for every one of his parole hearings,” she said.

Consiglio said Riley will be notified of Rodgers’ future parole hearings and that they should attend.

“A victim’s family can have an effect on when somebody’s released,” the district attorney said.

Rodgers has been in prison — currently the State Correctional Institution at Somerset — since he was 17 years old. Altoona police arrested him about a month after the 72-year-old Lascoli was found dead in his residence at 2016 Sixth Ave., having bled to death from 70 to 80 stab wounds.

In 1990, Rodgers was tried and convicted of killing Lascoli, then sentenced to life in prison without parole. In 2012, however, Rodgers became eligible for a new sentence because of the U.S. Supreme Court’s Miller v. Alabama ruling. In that case, the nation’s highest court found life without parole sentences for crimes committed by juveniles to be cruel and unusual punishment and thereby unconstitutional.

Follow-up court rulings have generated standards for use in resentencing hearings, including an option for life in prison to be imposed again, but only in cases where an individual who committed murder as a juvenile is judged to be permanently incorrigible and incapable of rehabilitation.

Consiglio and Assistant District Attorney Nichole Smith tried last summer to convince Howsare that Rodgers fits that definition. They referenced the severity of his crime and the long-lasting effects on Lascoli’s family, his neighborhood and community. They called witnesses to testify about Rodgers’ prison behaviorial record with 97 infractions and referred to his lack of remorse.

The defense offered witnesses too, including corrections officers who praised Rodgers as an inmate and others who judged him to be at low risk of reoffending. Rodgers also took the witness stand and proclaimed his innocence and wrongful conviction, a reason why he has no remorse, his attorneys have stated in court documents.

Howsare said Friday that the evidence offered on Rodgers’ behalf clearly showed that he has made progress while incarcerated.

“We cannot rule out that he can’t be rehabilitated in his lifetime,” Howsare said, “so life without parole is not an option in this case because that would be an illegal sentence.”

Lascoli’s niece, Maureen Miller of Altoona, shook head in disagreement outside the courtroom as she spoke against Rodgers’ rights to seek a new sentence.

“My uncle had no rights when he was being stabbed so many times, and nobody deserves that kind of death,” Miller said. “Uncle Patsy, he was the most gentle giant you would ever want to meet.”