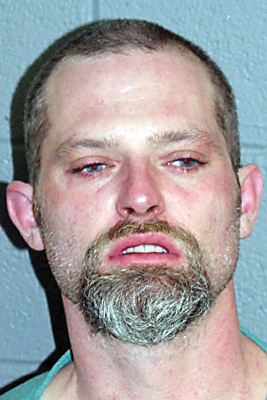 A city man is behind bars after police say he shoved a woman and likely broke her collarbone.

Michael A. Wertz Jr., 36, was arrested early Saturday and charged with misdemeanor simple assault after the dispute on the 1500 block of Second Avenue where his longtime girlfriend was allegedly injured when he pushed her to the floor, according to charges filed by Altoona police.

The woman sought medical treatment at UPMC Altoona, and police said it was believed she broke her collarbone in the assault.

The woman and Wertz were intoxicated, police noted.

Police said a witness at the home told police Wertz shoved her about 10:40 a.m. during the altercation and that when she fell, the woman’s collarbone was noticeably broken. Wertz then punched a door and the walls of the home. Police noted in the charges his hands were cut up near his knuckles.

Magisterial District Judge Ben Jones set bail for Wertz at $25,000 cash on Saturday morning, and he is slated for a preliminary hearing on Wednesday at Central Court.