HOLLIDAYSBURG — Two men who have struggled with drug addiction told a Blair County jury on Monday that in 2016, Damon “Fat Cat” Devine was the supplier behind a first-rate brand of heroin inside small bags marked by a dragon-shaped stamp.

“Dragon heroin? It was always the best,” 33-year-old Phillip A. Stevens of Altoona testified about the substance costing him $300 to $400 a day when arrested in February 2017. It caused seven overdoses at his residence, Stevens said.

The dragon-stamped heroin was “better,” said Robert L. Kline, 41, an inmate at the York County Prison who faces multiple charges in that county and a theft charge in Cambria County. Like Stevens, his desire for the drug escalated to the point that cost him $300 a day by late 2016, he said.

While neither man bought heroin from Devine, both testified that they got their heroin from others who Devine supplied as part of a drug-distribution network operating in 2016 and early 2017, stretching from Philadelphia to Johnstown and passing through Altoona.

In court this week, Devine is on trial with fellow defendants, Jabu Robinson and James Everett-Bey, also of Philadelphia, challenging criminal conspiracy, possession with intent to deliver and related charges.

Devine, who is representing himself, told the jury in an opening statement that he has been unjustly labeled as a kingpin through use of his nickname bestowed by his grandmother.

And that evidence, they said, was supporting with testimony from a grand jury investigation with almost 40 witnesses, resulting in warrants for 16 arrests.

Stevens, while testifying Monday, said he bought dragon-stamped heroin in 2016 from Richard Govier of Stoystown who referred to his supplier as “Cat.” Stevens also recalled riding in a car in 2016 with Govier when Govier engaged in a Facetime cellphone conversation with “Fat Cat,” identified as Damon Devine.

Kline, who was living and working as a tattoo artist in Johnstown in 2016, told the jury he got his dragon-stamped heroin from James “Jimmy” Miller who lived in the city’s Moxham neighborhood before moving to the Prospect section to be closer to his mother.

“(Miller) wasn’t discreet about his drug-selling business,” Kline told the jury while describing the large quantity of heroin he saw inside Miller’s house.

Kline also said he saw Devine on the back porch of Miller’s mother’s house and that Devine’s girlfriend at that time, Jasmine McGowan, stopped at Miller’s to drop off “a black trash bag” containing drugs.

Devine attempted to challenge the testimony with questions suggesting doubt.

“You saw me come to Jimmy’s mother’s house?” Devine asked. When Devine asked about the color of the car he arrived in, Kline said he thought it was cream or white-colored.

Devine also asked Kline about the color of the dragon stamp.

“It was black, then blue, then went back to black,” Kline said.

Devine also tried to confront Stevens about the veracity of his testimony.

“Do you know what the penalty for perjury is?” Devine asked.

Devine has been trying to make the case that because he was incarcerated in Cambria County from Jan. 1 to April 25, 2016, he couldn’t have been directing the sale of the dragon-stamped heroin as charged.

Moser, however, referred to a cocaine transaction that the incarcerated Devine directed for McGowan to carry out.

Monday’s testimony also included testimony from state Trooper Eric Spillane who followed a speeding BMW leaving Philadelphia which crashed on Aug. 15, 2016, shortly after exiting I-76. Robinson was driving, and Devine was a passenger.

A search of the crashed vehicle turned up 3,752 bags of dragon-stamped heroin inside an Air Jordan sneakers box, 124.37 grams of cocaine inside a Fila sneakers box, a portion of a smoked marijuana cigarette and several cellphones.

Attorney Robert Donaldson, who is representing Robinson, asked Spillane about his efforts to ascertain the owner of the controlled substances. Devine, in his opening, suggested that Robinson had no knowledge of the drugs in the car.

“I believe they both played a role,” Spillane said.

Spillane said it was registered in McGowan’s name and her Johnstown address. 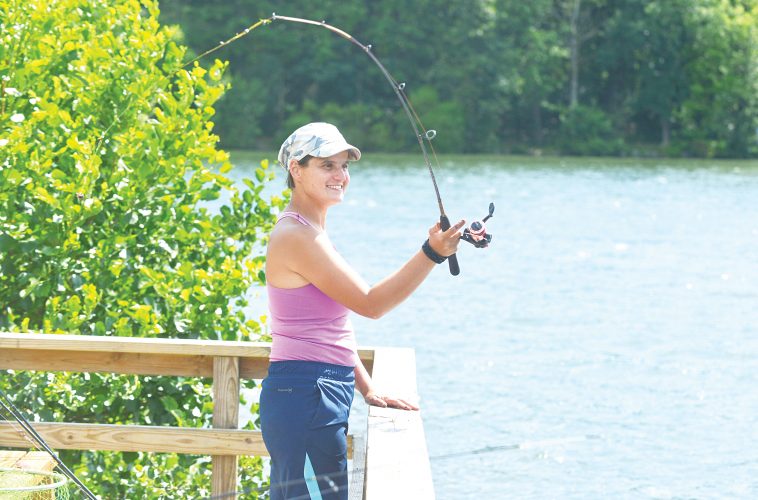