An Altoona woman accused of breaking into a convenience store where she used to work now faces additional charges.

Traci Lynn Holliday, 46, waived her preliminary hearing on burglary and related charges Wednesday at Central Court after prosecutors added additional counts based on evidence that she broke into the FeFi’s Grocery store on the 1200 block of 16th Street more times than police first suspected.

According to the new charges filed on Wednesday, Altoona police allege Holliday confessed to city police Detective Cpl. Shane Strobel on Dec. 4 to using a key to enter the 1205 16th St. FeFi’s on “numerous occasions,” but that she wasn’t sure how many.

Holliday, a former store employee who had lost her job in early November, was arrested Nov. 26 after video surveillance allegedly showed that she used her key and knowledge of the alarm passcode to enter the store to steal merchandise and cash on the night of Nov. 24.

Police contend she returned the night of Nov. 25 and although she used her key to enter the store, she ran off without taking anything after the alarm was set off when she put in the wrong passcode.

Police noted the alarm passcode was changed after the Nov. 24 burglary was discovered.

On Wednesday, Holliday’s original charges were withdrawn, and new charges that include additional burglaries were filed in their place.

Nov. 18, Nov. 20, Nov. 22, Nov. 23 and Nov. 24. Holliday can be seen pulling up to the store, getting out of a vehicle and entering the store while it was closed and then walking out carrying merchandise.

Holliday faces a total of five felony counts each of burglary and criminal trespass as well as four counts each of misdemeanor theft and receiving stolen property.

Holliday is scheduled for formal arraignment in Blair County Court in January. 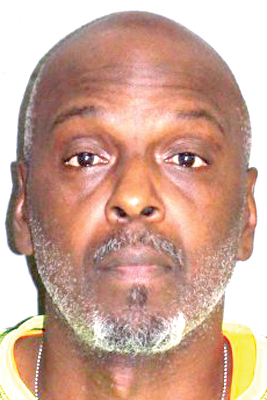