Police: Black tried to give fake name at traffic stop 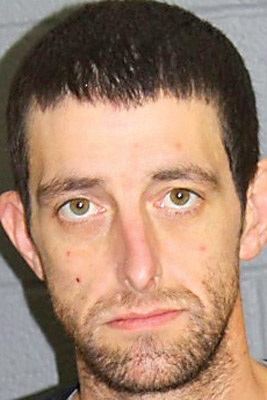 A Roaring Spring man wanted by two police departments in Blair County is now in jail and facing additional charges.

Alan K. Black Jr., 35, of Roaring Spring was jailed Saturday after Blair Township police contend he tried to give a false name after the car he was riding in was pulled over on Dunnings Highway for a faulty exhaust.

According to police, Black was wanted in a methamphetamine and drug paraphernalia case filed in May by Hollidaysburg Borough police where court records indicate Black was charged by summons and then failed to appear at District Court on July 9 for his arraignment and preliminary hearing.

In that case, Black was pulled over on Charger Highway just after 4 p.m. May 12 after police allegedly spotted Black driving at a high rate of speed on wet roads, according to the charges. Black was asked to step out of the Ford Contour he was driving because a check of his name came back with possible warrants, and when an officer asked if he had anything illegal on him as he patted him down for weapons, Black allegedly admitted he had a syringe in one of his front pockets.

A subsequent search of his car allegedly turned up a small plastic bag of methamphetamine in the center console, and Black was released with charges to be sent to him in the mail.

In August, Greenfield Township police charged Black with felony charges stemming from two burglaries — a house and a shed — at two properties on the 900 block of Bedford Street in Claysburg on the afternoon of June 17.

According to charges in that case, a homeowner found a side door to the house showed signs someone tried to pry it open and a door inside a screened-in porch was ripped from the frame.

Police said $150 in coins were stolen. Fingerprints and palm prints were found at the home and also the garage, where someone had taken off the screen to a window.

State police were called to pull fingerprints, and police said two were successfully lifted and sent for analysis.

Police pointed out that Black was found walking down the street while police were at the two properties and that he matched a description given by a neighbor as someone seen behind both the home and the shed. The neighbor said the man he saw spent some time behind the residences, opened the doors to some vehicles and continued to walk behind the homes on Bedford Street.

State police were able to lift two fingerprints from the shed, and Black’s name was included on a list of possible suspects sent to state police by Greenfield Township police.

Black was arraigned Sunday morning on the May drug case, the June burglary case and the charges filed Saturday after Black allegedly gave the false name to Blair Township police.

Judge Miller set bail on the felony burglary case at $20,000 cash. His preliminary hearing in that matter is slated for Nov. 21 before Magisterial District Judge Andrew Blattenberger.

Details are not public because Black has not been arraigned on those charges, but the court docket indicates they occurred at Blair County Prison on Saturday, the same date that Black was arrested and jailed.