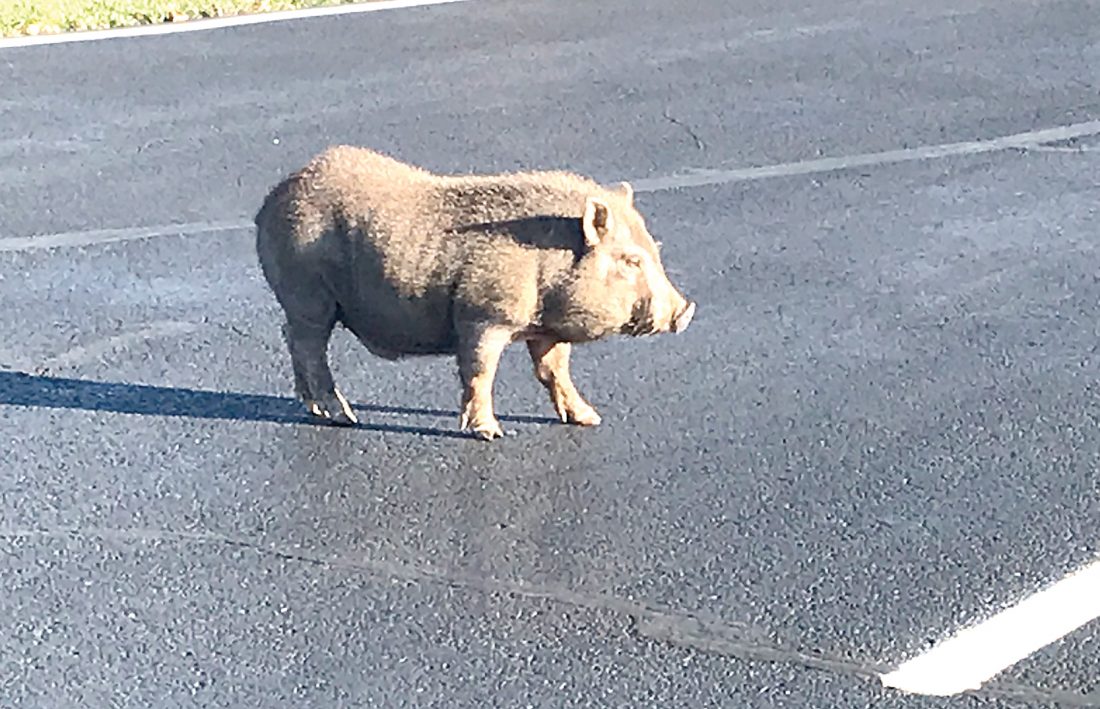 A pig ran loose at the Spring Cove Middle School on Wednesday.

Baker said she heard something odd through the staff’s communication radios that are used at dismissal time, about 2:30 p.m.

“It’s staring right at me,” an employee stationed in the parking lot stated over the radio.

“What did they say?” Baker said.

“A pig,” the building secretary replied.

Bold as the pig was, it stayed away from the children boarding their school buses, Baker said.

School employees and a Roaring Spring Borough police officer were dispatched to contain the pig, but it moved from a grassy patch in the middle school parking lot to the school soccer field when people tried to catch it.

The event quickly reached Facebook with posts including, “The pig is running loose at the middle school.”

After a while, a parent arriving to pick up their children recognized the pig and contacted neighbors.