Handgun with an obliterated serial number among items founds 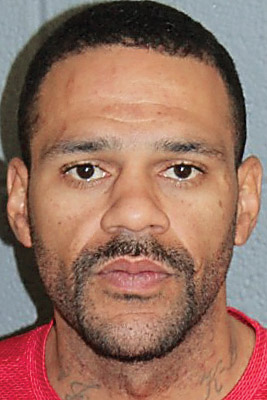 A man and woman are in jail after a check by state parole agents allegedly turned up guns and drugs.

According to Altoona police, Joshua M. Wansley, 40, was taken into custody Wednesday at the Juniata apartment he shares with his girlfriend, 28-year-old Brittany D. Walk, after two guns, 75 packets of heroin and other suspected drugs and drug paraphernalia allegedly were found during a parole check.

Police said the pair were living at 211 N. Fifth Ave., Third Floor, but Wansley, who is on parole for a 2012 drug-related prison sentence of four to 10 years, also had access to the second-floor apartment.

A loaded Taurus 9 mm handgun with an obliterated serial number was found under a mattress after Wansley told parole agents to be careful because there were needles under the bed. Three small baggies containing various white and crystal-like powders were also found along with 65 packets of heroin labeled “back to work” and 10 packets stamped “777.”

Packaging material, some pills and other drug material were also taken from the third-floor apartment, police noted in the charges. 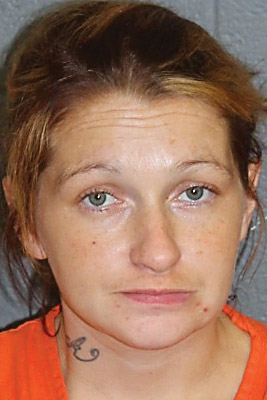 Walk allegedly told officers that Wansley stuffed a wad of cash in her purse just before the parole agents walked in, and police said the money totaled $619. Walk also told police that Wansley had access to the second-floor apartment.

A search warrant was obtained for that apartment and police said a Hi-Point rifle was found in a closet, hidden in a blue lawn chair bag.

Wansley was booked on felony and misdemeanor drug charges as well as felony firearms charges. Wansley’s bail was set at $50,000 cash by Magisterial District Judge Fred Miller, and he remains in Blair County Prison.

Walk faces charges that include felony conspiracy but had not been arraigned as of Thursday afternoon.

Wansley is scheduled for a preliminary hearing at Central Court on Nov. 13.