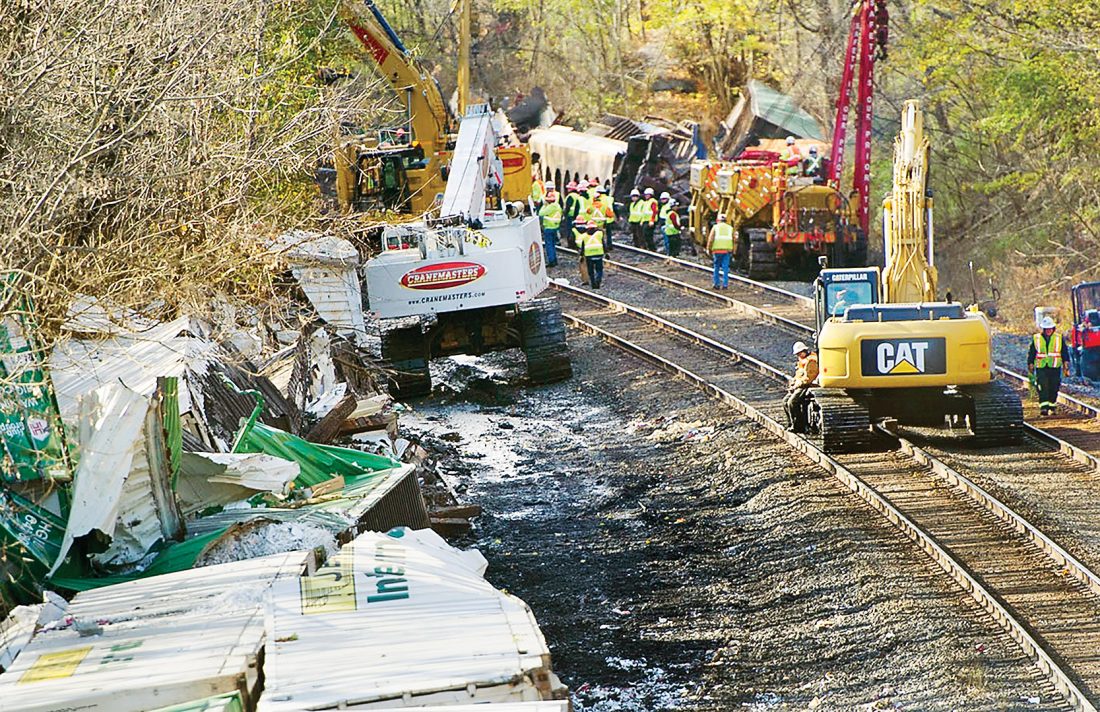 HEMPFIELD — Officials say three trains were involved in a derailment in western Pennsylvania, prompting cancellation of rail service between Harrisburg and Pittsburgh, but no injuries were reported.

Norfolk Southern said one westbound train struck the rear of another, and derailed cars hit part of an eastbound train. A total of 11 rail cars transporting 50 shipping containers derailed, blocking lines that carry both freight and passengers between Pittsburgh and Philadelphia.

Norfolk Southern said in a statement Saturday that cranes, excavators, loaders and other heavy equipment are being used to clear the tracks, and service restoration was expected late Saturday night.