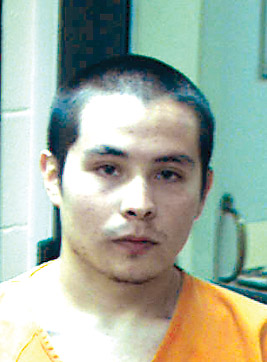 Sean Robert Staley of Homers Gap Road, Logan Township, told a Blair County judge Tuesday that jail was not the place for him despite his recent plea to 10 counts of possession of child pornography, all felony offenses.

The 24-year-old appeared before President Judge Elizabeth A. Doyle for sentencing, and when it came time for him to speak, he said, “Prison won’t help me. Help is on the outside. My family loves me. I want to be there with them.”

His argument was persuasive, because Doyle imposed a sentence of 10 to 20 months in the Blair County Prison, which was in the mitigated range of Pennsylvania’s sentencing code.

Doyle could have sentenced Staley to a minimum of 22 months in a state correctional facility, but, as she explained, she decided on the lesser prison because of several factors:

– The state Sexual Offenders Assessment Board determined Staley was not a sexually violent predator, meaning his risk for re-offending was not great.

– Staley cooperated with arresting officers, taking responsibility for what he did.

– He has family support, and he has mental health issues to be resolved.

Staley will be under five years of supervision following the completion of his prison sentence.

After sentencing Staley’s Altoona attorney Thomas M. Dickey said he was “very pleased” with the judge’s decision to not impose a state prison sentence.

Dickey said the case involved “very serious matters” but stated it was refreshing that the judge took other matters into consideration, such as Staley’s rehabilitative needs.

The defense attorney said that Staley will receive the help he needs through the parole and probation department and that he is hoping that the county prison will agree to work release for Staley, who, as stated during sentencing, was a hard worker at his last job.

“It is refreshing that it is not always ‘lock them up and throw away the key,'” Dickey explained.

He said the judge balanced the scales of justice in the Staley case.

The judge also sentenced Staley to a concurrent sentence of one year’s supervision on charges of resisting arrest and possession of drug paraphernalia for an incident that occurred after he was arrest in 2017 for the child pornography charges.

Staley on Tuesday entered a plea of no contest to those charges.

The sentencing Tuesday brought to an end a case that began in April 2017 when Staley was arrested at his home and charged with 25 counts of child pornography and one count of criminal use of a communication facility.

The charges came about after an internet service informed the Pennsylvania Office of Attorney General about an incident in which images of suspected child pornography had been uploaded.

Investigators traced the photos of children engaged in sexual activity to Staley.

Dickey for the defense and Deputy Attorney General Christopher Jones negotiated a plea in which Staley would agree to plead to 10 counts of possession of child pornography, with the ensuing sentences on each count being served at the same time.

The state sexual assessment board found that Staley was not a sexually violent predator, and Jones told the judge he had no dispute with the finding.

Although Staley is not classified as a sexually violent predator, he will be required to register with police for 15 years.

The defense presented two letters of support for the judge to read and several Staley relatives, including his mother, spoke on his behalf, declaring he was a hard worker and declaring “he is not a bad person.”

His mother described how he “beat himself up” over what he did.

When it came time for Staley to speak, he said, “I’m deeply embarrassed to be here today.”

He asked Doyle for a chance, noting, “I won’t be here again.”